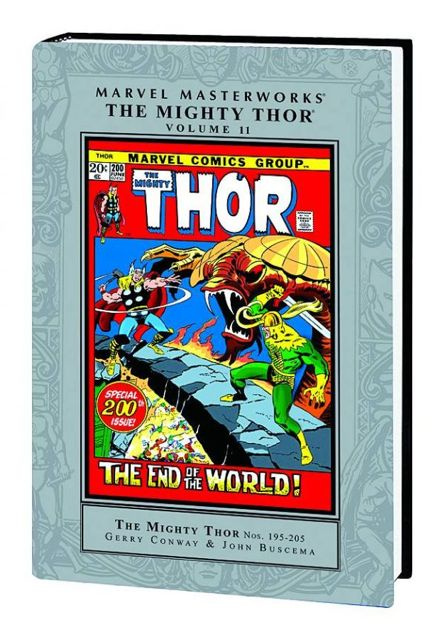 All hail Asgard, 'cause it's time for another dose of the Mighty Thor! When Odin sends Thor on a quest to the World's End, Loki looses Mangog, the monster powered by the anger and hatred of a billion beings! It's an all-out epic that leads to the tragic death of the All-father Odin. But death is not the end! Pluto, Lord of Hades, comes to claim Odin's soul -and a war with Hela, Norse Queen of the Dead, erupts. Then, an experiment by the Rigellian Colonizers unleashes Ego-Prime! The cosmic menace embarks on a time-twisting, evolution-bending rampage -and once the dust settles, Thor and company will be exiled to Earth. And to top it off, Mephisto pits Thor against the ones he loves the most. There's no doubt they're Marvel Masterworks, one and all, so reserve that copy today! Collecting THOR (1966) #195-205.