The chronicle of the Marvel Universe continues its coverage of Wolverine (from 1999's WOLVERINE #142), the Punisher (from 2003's PUNISHER #21) and Ghost Rider (from 1997's GHOST RIDER #88). Watch the Marvel Universe's history unfold month by month as we provide synopses for dozens of individual comics, including backup strips - introducing the characters, teams, places and equipment that appeared within; and providing vital information about first appearances, where they last showed up and where they appeared next! 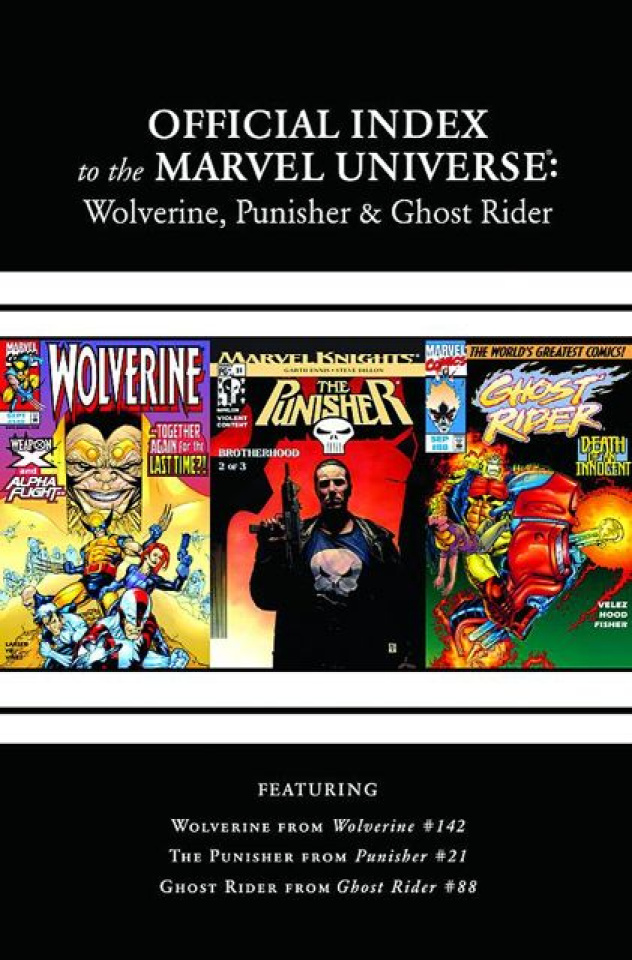