A story with retro-sci-fi flare and a visionary dystopian saga, Bodysnatchers is a pulsing narrative set in the future metropolis of Ecumenopolis. Bodies are disappearing as the city's foundations are eaten away by an internal threat. A civil war between castes ignites, as Black Eightball, Aristoi, Cives, Bodysnatchers, shamans and White Eightball struggle for supremacy. 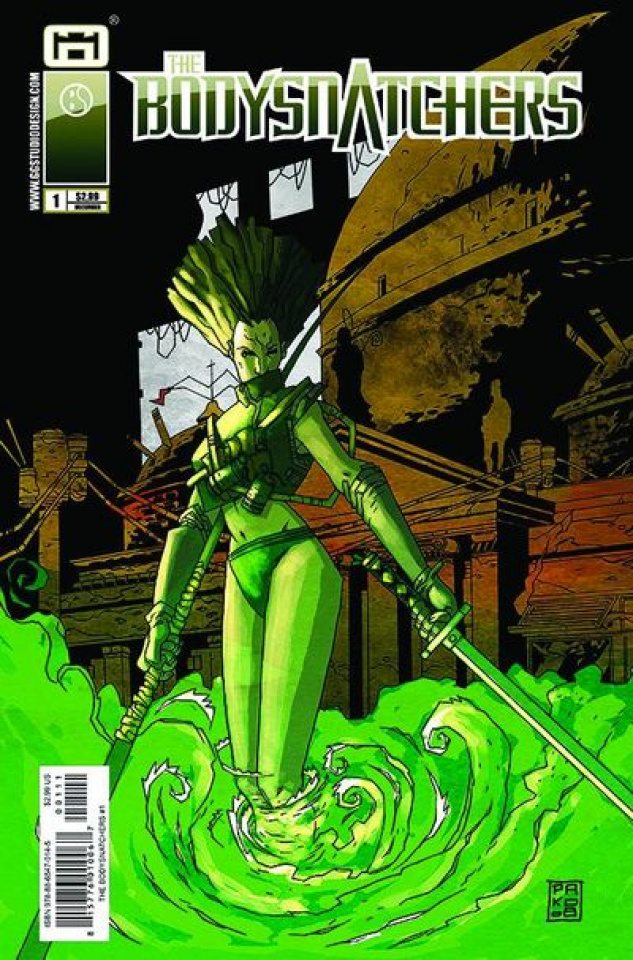