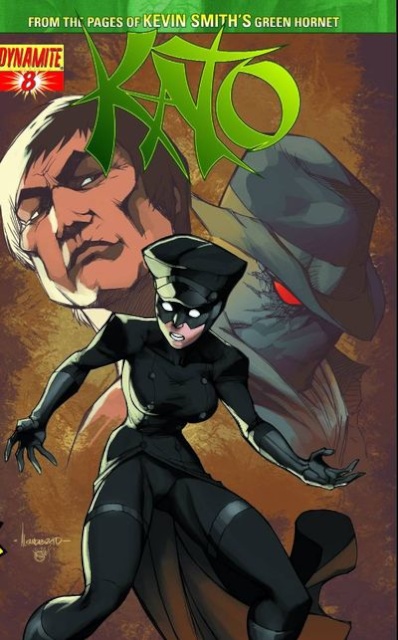 As the new Kato recovers from a psychic assault, she readies herself for an all-out attack on Takeshi's forces. She's outnumbered, young and inexperienced, but her father, the original Kato, taught her well. Kato sets traps and prepares herself for the clash with a league of well-trained ninjas. This issue takes place in Century City and leads up to the thrilling finale of this arc, as well as directly into the events of Kevin Smith's Green Hornet series.