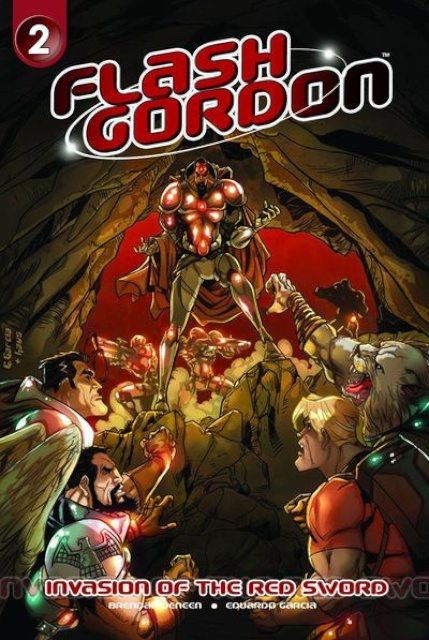 After the invasion of the Red Sword's troops, our heroes are once again separated and on the run! Dale and Vultan race back to the Hawk Man city in an attempt to raise an army against the invading forces, while Flash, Dr. Zarkov, King Thun and Prince Barin find themselves face-to-face with none other than Ming the 'Merciful,' who has a deadly quest in mind for himself and Flash!