They say he's the deadliest assassin the world has ever known. They say that once he sets his sights on someone, he never misses, no matter what he has to go through to get them. Though his methods may seem unorthodox, even insane, they say he's never failed to kill a single target. No one knows where he comes from or why he does it. No one knows his name. They all just call him Bullseye. And now he's come to New York City, with his sights set on Frank Castle. Let the hunt begin. If you thought our new MAX version of Kingpin was intense, you ain't seen nothing yet. Collecting PUNISHERMAX #6-11. 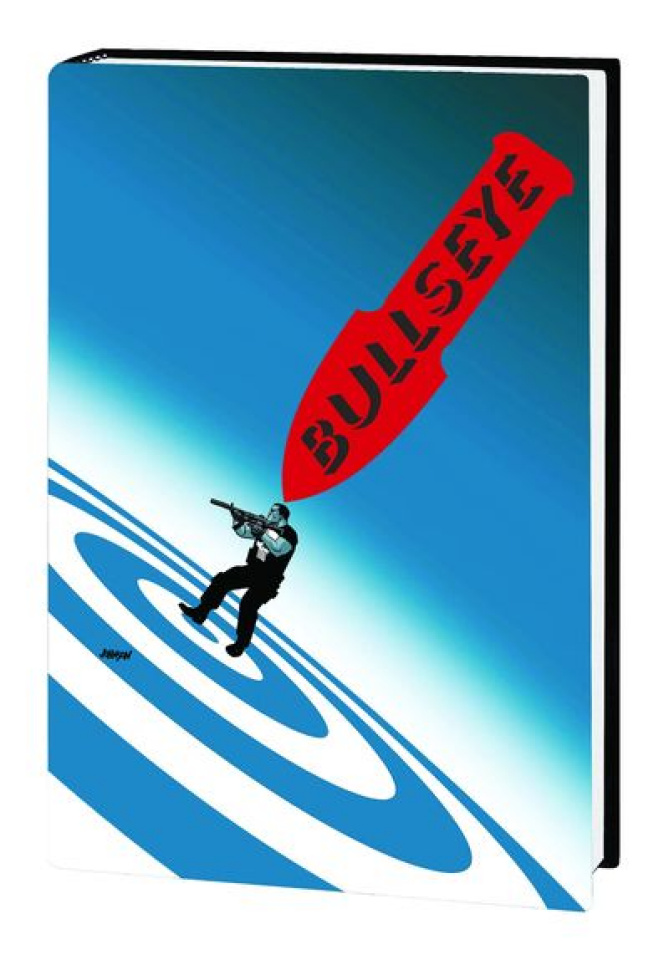