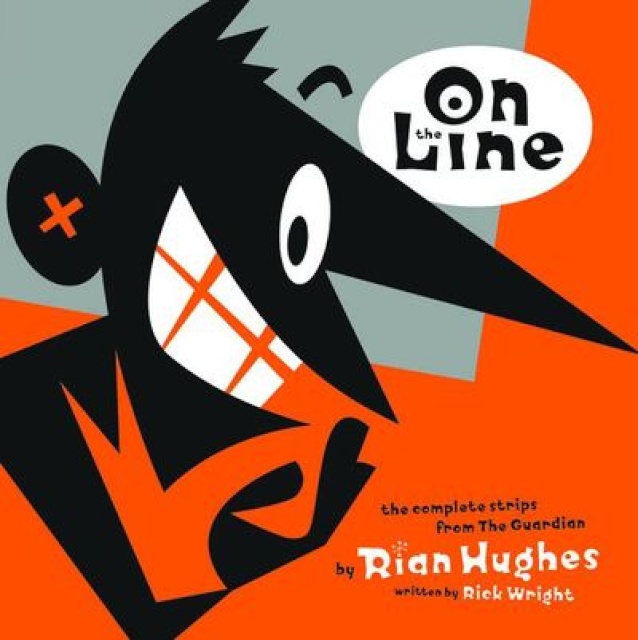 The complete newspaper strip from The Guardian, drawn by RIAN HUGHES (Yesterday's Tomorrows, Dan Dare, Raymond Chandler's 'Goldfish,' logo and graphic design for DC, Marvel). Celebrated designer and illustrator RIAN HUGHES first explored the possibilities of Adobe Illustrator's vector drawing tools in this stylish strip, forging a modern design-savvy approach that still tips the hat to classic UPA cartoons and the angular work of Gene Dietch. Bold, graphic and expressive, this collection brings together every strip for the very first time, including some unpublished rarities, in a neat hardback designed by Hughes in a pocket-sized format. 'Rian Hughes, the man who's done more for comic book design than anybody else, ever.'

www.talkaboutcomics.com: 'One of the most successful and prolific designer/illustrators of the past 20 years' - Roger Sabin, Eye magazine 'Try a death tango in the upper levels of the stratosphere with smoky Cyrillic logos wrapped around your fuselage and raw Letraset moire crackling away in the rearview and then maybe you'll earn my respect the way Rian Hughes earned my respect long ago.'