In the tradition of Chinatown and L.A. Confidential, writer Simon Oliver explores a hidden world of corruption where money, sex, politics and crime all add up to the same thing.

In the desert just south of the border, young women are turning up murdered. No suspects. No clues. And authorities seem uninterested in uncovering any. When ex-private eye Jack Cohen is hired to find one missing girl, he is drawn back into the shadow world between North and South. And there, he must face the terrible tragedy in his past that he's been running from all these years. Featuring the gritty, stylized artwork of Jason Latour, NOCHE ROJA is a gripping noir tale of how the insatiable craving for cheap consumer goods leads to the ultimate cheapening of life itself. 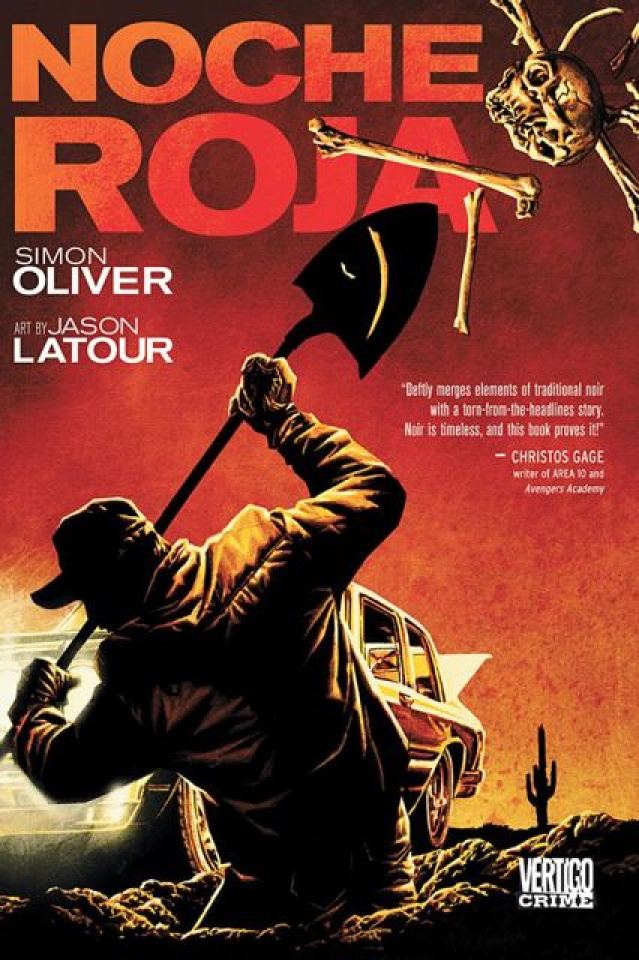