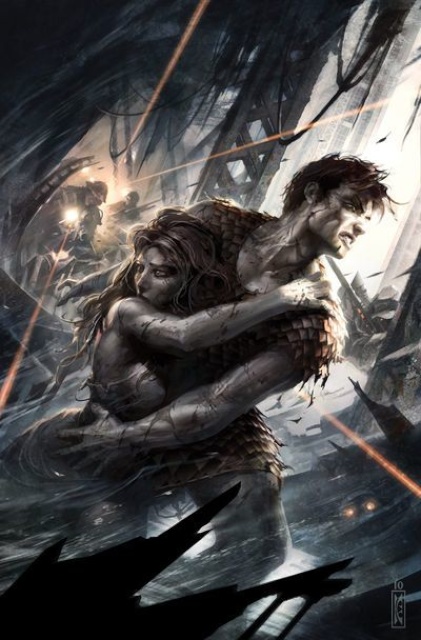 If you hunt and kill a man, it's murder, but what if it's a robot with advanced artificial intelligence? To Magnus, that's murder, too. The Metal Mob's Capo Andronicus runs a "safari" racket patronized by the idle rich, who pay to track sentient Q--ROBs deep in the lawless Goph Lands. Tonight's prey: Q--ROB Steelhammer. Even though Steelhammer is a blood--soaked human killer, Magnus cannot allow him to be hunted like an animal. Interfering with the hunt makes Magnus prey as well . . . dangerous game, indeed. Magnus confronts the Boss of all Bosses, Timur, in a battle for the ages!

"This is what we love about comics: non--stop, kick-ass action." --Comic Attack

"Magnus offers a Silver Age tone with enough modern storytelling sensibility to not stick out as being hokey or dated." -IGN