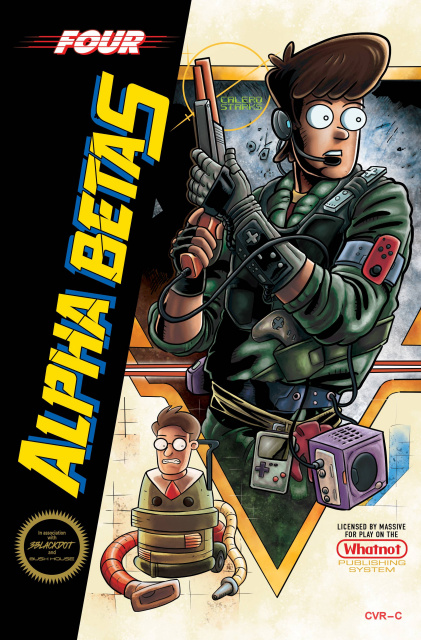 The Alpha Betas team continues to show their love for legendary video games with this homage to Metal Gear Solid.

Origins Part 4. Maxed out on screen time, the Alpha Team takes a break for some good old-fashioned tabletop fantasy roleplaying - that is, unless Buck has anything to say about it. There's always that one chaotic evil player who gets his kicks from breaking the rules, isn't there? Buck soon gets his wish as the boys are called out of the world of goblin hordes and into the heart of Shadowpunk Cybertown. In the epic conclusion of this four part miniseries, our heroes face off against a spreading glitch, knockoff Matrix-hacking shenanigans, and the return of a powerful enemy.

Based on the hit animated series now airing new episodes on Youtube, Alpha Betas is a collaboration between popular Youtubers with more than 60 million subscribers across their channels, and Hollywood heavy hitters Stephanie Beatriz (Brooklyn Nine-Nine), and Chris Parnell (Rick and Morty).