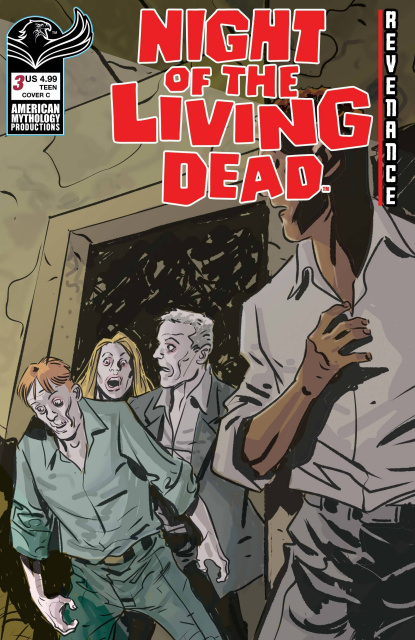 Join us as we revisit the original Night of the Living Dead with an official licensed tale from George A. Romero's classic zombie film! The nightmare spreads as the seven survivors rush towards their final fate at a small farm house tucked into the woods of southwestern PA. The police discover what true evil looks like when a town turns on itself while trying to restore order from chaos, while Ben and the Beekmans have to make some hard choices just to survive. Don't look back or you'll become one of the infected as this twisted tale of an American Horror Classic sets the scene for the climactic finale fans have been waiting for! It's all pointing to one final destination fans of NOTLD know all too well! "It's ten 'til three!" Do you know where your ghouls are?