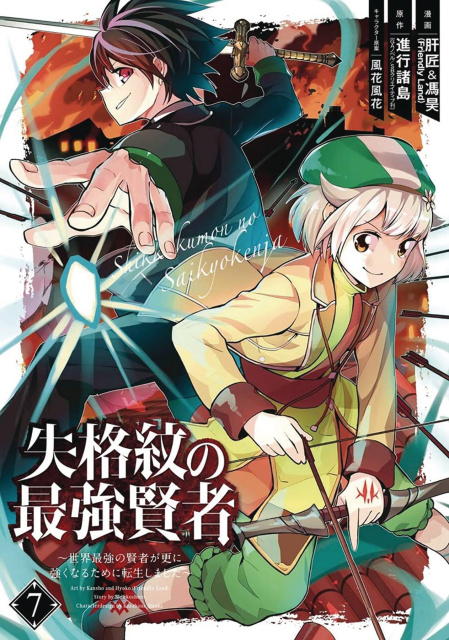 The Strongest Sage with the Weakest Crest Vol. 7

Once the world's most powerful sage, reborn Matthias has gained the optimal crest for magical combat many thousands of years in the future. The demons assault the Second Academy, which has gotten wise to their plot to cripple mankind through magic disinformation, with a veritable legion of summoned monsters to destroy everyone with knowledge of their scheme. But while the freshly trained up students of the Second Academy are faring well enough, things take a turn for the worse when the overwhelming Void Eater appears. How can Matthias possibly stand against a monster that towers over even the towers of the capital?