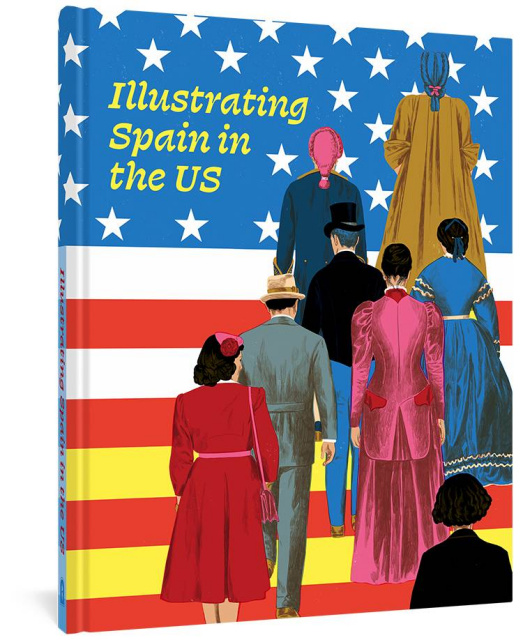 Illustrating Spain in the U.S.

Since the very founding of the United States, the country's history has been intertwined with that of Spain's, in many essential yet often overlooked ways. Illustrating Spain in the US brings together some of Spain's most acclaimed cartoonists and scholars to celebrate and interrogate the contributions of Spanish immigrants to America's political, cultural, and scientific history.

Professor James Fernández, Filmmaker Luis Argeo and artists Ana Penyas and Seisdedos bring to life the rollicking immigrant enclave of Tampa, once known as the "Cigar Capital of the World."

Professor Estrella de Diego and cartoonist Carla Berrocal shed light on the Spanish actors, screenwriters and musicians who broke into Hollywood and made their mark on American cinema.

Professor Mar a Dolores Jiménez-Blanco and cartoonist Max lead readers through the labyrinthine history of Spanish art collecting in the US, and the influence of Spanish art on popular American art movements.

And much more! Combining the graphic expressiveness of comic art with the illuminating perspective of scholarly essays, this project aims to spark a creative dialogue about Spain's legacy in the US.