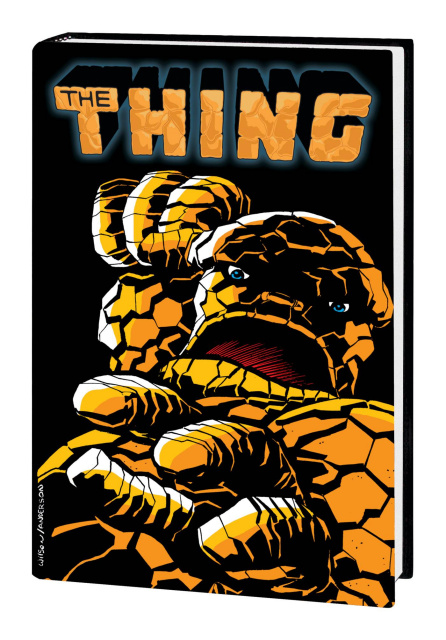 It's clobberin' time as the Fantastic Four's ever-lovin', blue-eyed idol o' millions goes solo! Join the Thing as he takes on all comers - including the Inhumans, Wonder Man, She-Hulk and Spider-Man! But after the Secret Wars, the Thing seeks a new life on Battleworld - as Rocky Grimm, Space Ranger! It's action and adventure, mayhem and monsters, love and loss - but is the Thing ready for what awaits him back home? And we don't just mean the Unlimited Class Wrestling Federation! Plus: a wild Thing/Hulk team-up and more classic tales of bashful Benjamin J. Grimm!