The Wolf in Unicorn's Clothing

A young wolf named Daisy has just spotted new neighbors moving into the glen, and they're magical unicorns! But she's sure the majestic creatures would never want to be friends with a mangy wolf. So Daisy comes up with a foolproof plan. She'll use her knitting skills to craft a unicorn disguise! Can Daisy sneak into the herd, and will she ever be able to reveal her true self? In this Far Out Fables adventure, Aesop's "The Wolf in Sheep's Clothing" is retold with a playful twist! 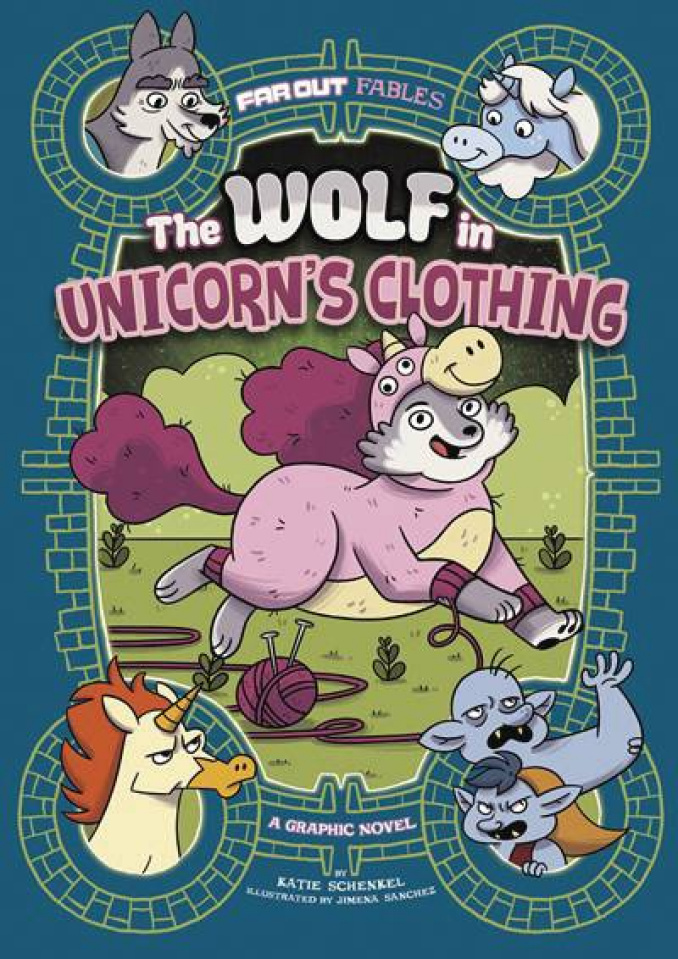