Earth's furriest -- and funniest -- superheroes make their debut in this hilarious, action-packed graphic novel for young readers! Meet the Hound Heroes: fearless Captain Chihuahua, the big-hearted Great, Great Dane, super-speedy Poodle Girl, cyborg pup Power Pug, and the lovable yet irritating Super Sheep Dog. Together they make up a crack team of earth's furriest heroes! In this first adventure, the Hound Heroes' origin story is revealed when a spaceship crashes in their backyard, giving them superpowers! But they aren't the only ones who benefit -- neighborhood alley cat The Claw also gains powers, and she only wants one thing: to destroy the Hound Heroes! A nonstop romp full of hilarious action, Hound Heroes is sure to be a hit with young fans of graphic novels. 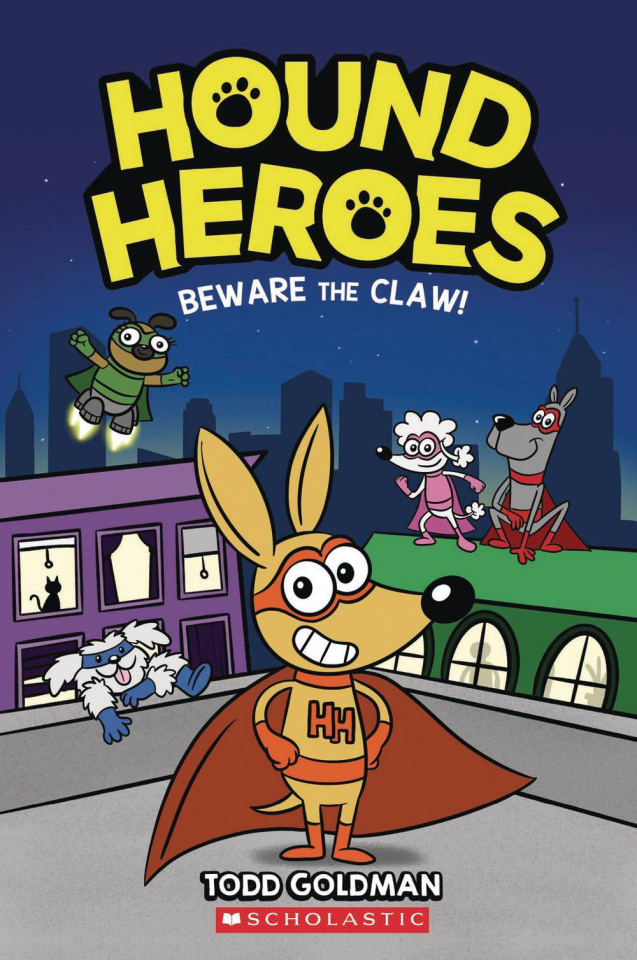