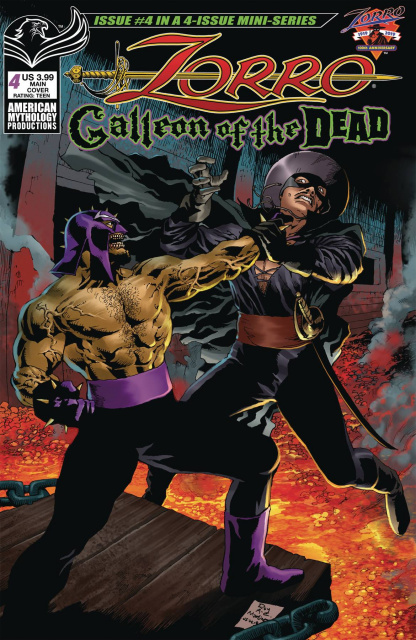 Trapped aboard the rotting ship that sails between life and Hell itself, Zorro and Lady Zorro face the ultimate showdown against their unkillable foe, El Hijo del Muerte! Now saddled with the title of Captain of the ship of hideous horrors, Zorro must find a way to relieve himself of that duty if he is ever to return to the land of the living, and the key just might lie in the nightmarish, lower decks of the zombie-infested vessel! This one's the big finale, in a tale so chock-full of frights, plot twists, and action that you'll be gasping for breath as Zorro battles the beasts of hell on the Galleon of the Dead!