When the notorious outlaw Mal Reynolds agreed to wear a sheriff's badge, he figured he could change a thing or two about how "justice" is dispensed in the 'Verse. And maybe he did. But his former crew members on Serenity are about to find out if the badge has changed him -- when he finally throws them in jail! With the whole 'Verse turned upside down, a new outlaw appears on the scene., calling himself the Bandit King, and he's bound and determined to take Mal's old position as the most incorrigibly independent law-bender around. Has Mal finally met his match? They say you can't trick a trickster, but in this brand new 'Verse, Mal may be in for the surprise of his life. New York Times best-selling writer Greg Pak (Darth Vader) and rising star artist Lalit Kumar Sharma (Daredevil) present the next exciting chapter continuing Joss Whedon's acclaimed series. 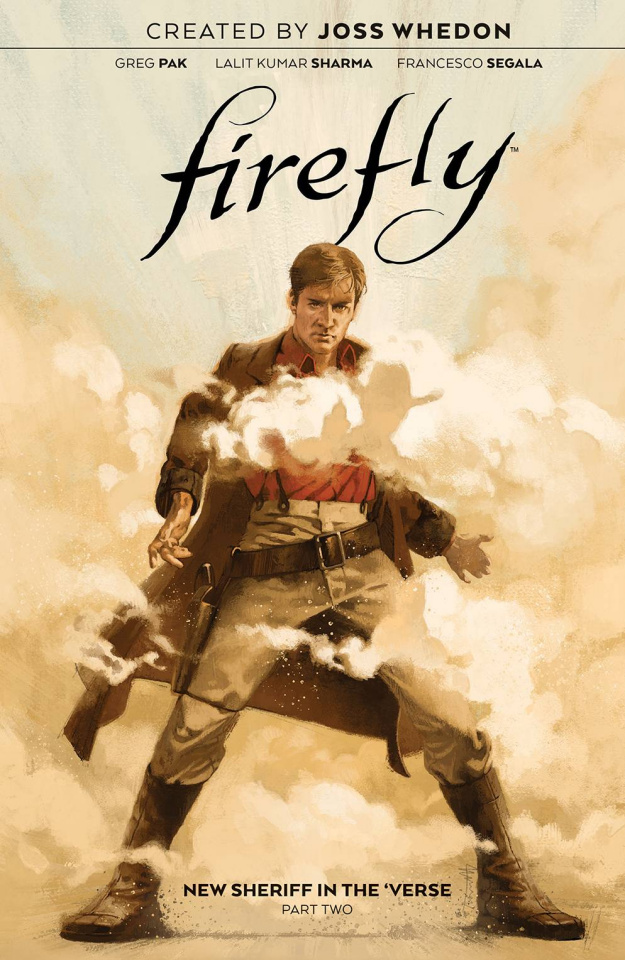