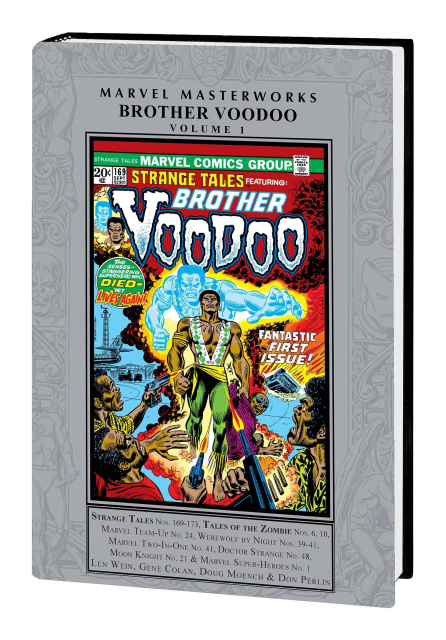 In 1973, Marvel's iconic series Strange Tales was reborn starring an extraordinary new horror hero. Today, the Marvel Masterworks are bringing the zombie hunting adventures of that hero-Brother Voodoo-back to life! Haitian-born, Jericho Drumm left his island nation to study psychology in America. When his brother is on his death bed, he returns home and this man of science becomes entangled in the spiritual world of voodoo! Jericho's brother's spirit is joined with his own, making him the new Brother Voodoo and a powerful protector of mankind. His exploits pit him against zombies and A.I.M. and team him with Moon Knight and Doctor Strange. The classic tales of Brother Brother are beautifully restored and collected in complete in this single volume.