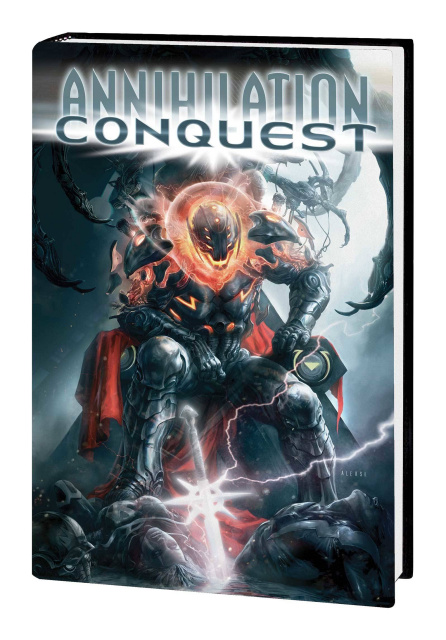 In the aftermath of the Annihilation War, a devastated galaxy struggles to rebuild. The Nova Corps is destroyed, leaving only Richard Rider. Who will rise to guard the galaxy from the threat of Ultron? When the Kree homeworld is invaded by the techno-organic Phalanx, Star-Lord must lead a ragtag team into battle behind enemy lines with a lineup that includes Mantis, Bug, Groot and Rocket Raccoon! Meanwhile, the new Quasar seeks a mysterious savior - and Nova and Gamora are taken over by the Phalanx! Who is the haunted loner called Wraith? Can the New Mutants' Warlock free Nova? And what are Ultron and the Phalanx really after?