The Superior AOC has a sidekick! But who is this mystery girl called The Zoomer? Find out in this superior second issue, in which everyone's favorite congresswoman superheroine finds herself uncharacteristically bewildered by the events of the first issue, but she persists! After seeking wisdom from Sage Senator Sanders, she uncovers a plot so menacing, so insane, that Alexandria Ocasio-Cortez finds herself once again scrambling across the rooftops of Washington D.C. in a desperate quest to thwart the GOP. But this time around, she's got a little backup! 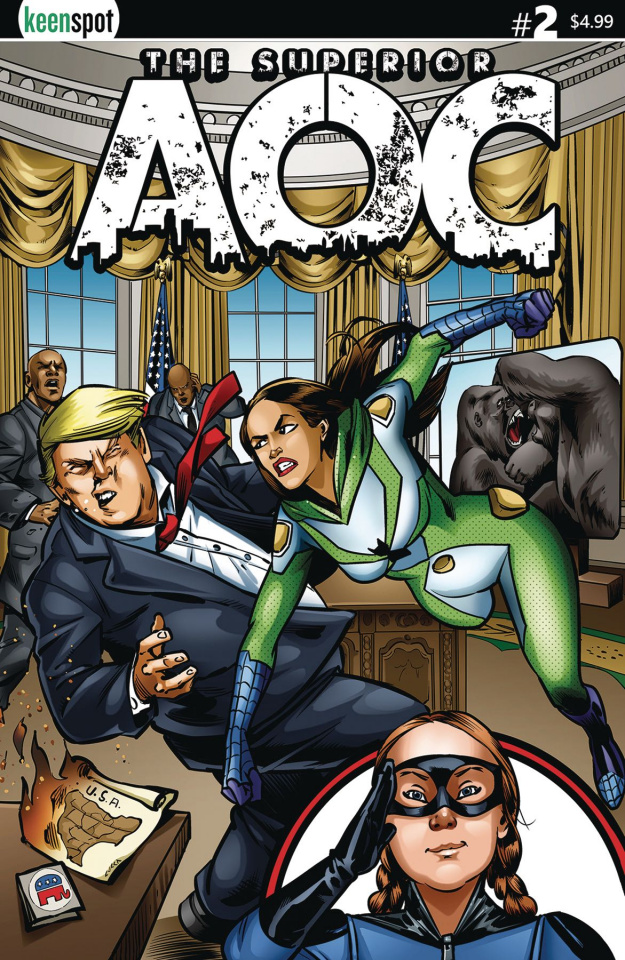