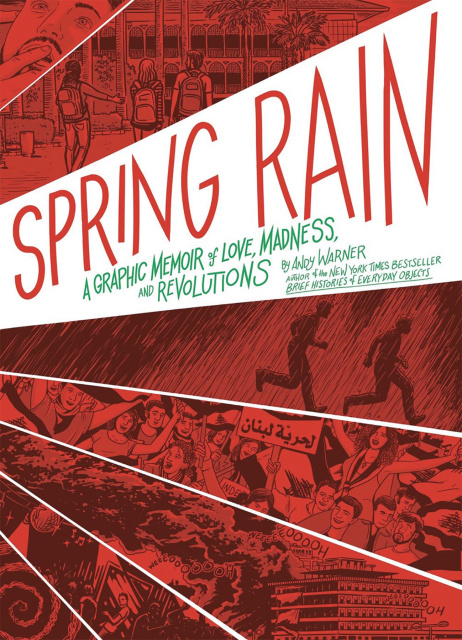 An intimate graphic memoir, In 2005 Andy Warner traveled to Lebanon to study literature. In Beirut he grows close to a crowd of mostly LGBTQ students and suffers a mental breakdown while the city erupts into revolution. Illustrated in beautiful and intricate detail, Spring Rain is an absorbing and poignant graphic memoir of a young man's attempt to gain control over his life as well as a portrait of a city and a nation's violent struggle to define its future in the predawn of the Arab Spring.