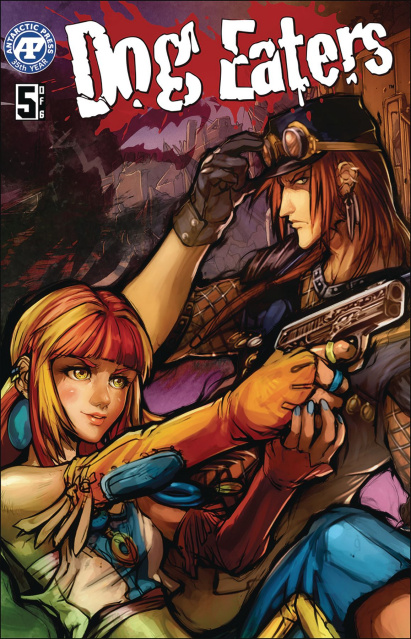 With the Black Dog Clan elder leaders killed in battle, Tommy seeks to assert his dominance on the rest of the clan council. While he proves to be a good trader, at the auction, he's lured into Bronco's trap and puts the clan into jeopardy. Retailers, the comics business is ruff, so take some of the bite out of your costs with this Fist Full of Dollars 5-pack. Get $20 worth of issues for a mere $15, and sell them for a fistful of dollars more! Your customers will be barking approval at your foresight!