It's 1999 and Chris is living her dream: working at Vinyl Destination by day and fighting for (musical) justice by night in the world's coolest teen girl vigilante fight club, and playing in a band during her free time.

When the girls enter a Battle of The Bands, they learn that the shadowy corporate masters of the music industry plan to destroy the fledgling world of digital music and blame it on Y2K.

The critically-acclaimed team of writer Carly Usdin (The Avant-Guards) and Russ Manning Award-nominated artist Nina Vakueva (League of Legends: Ashe) reunite for a follow-up to Heavy Vinyl: Riot on The Radio. 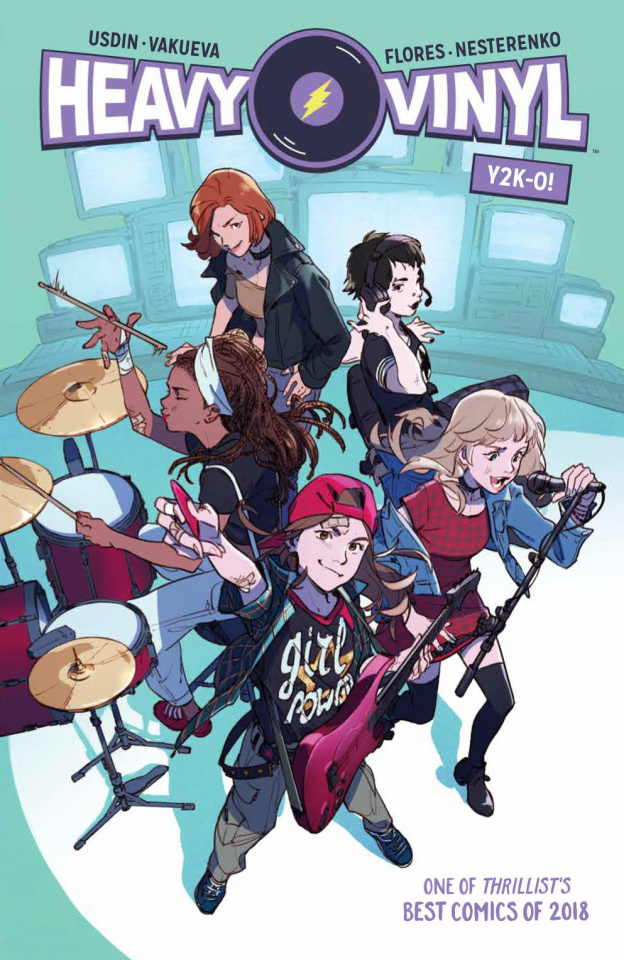 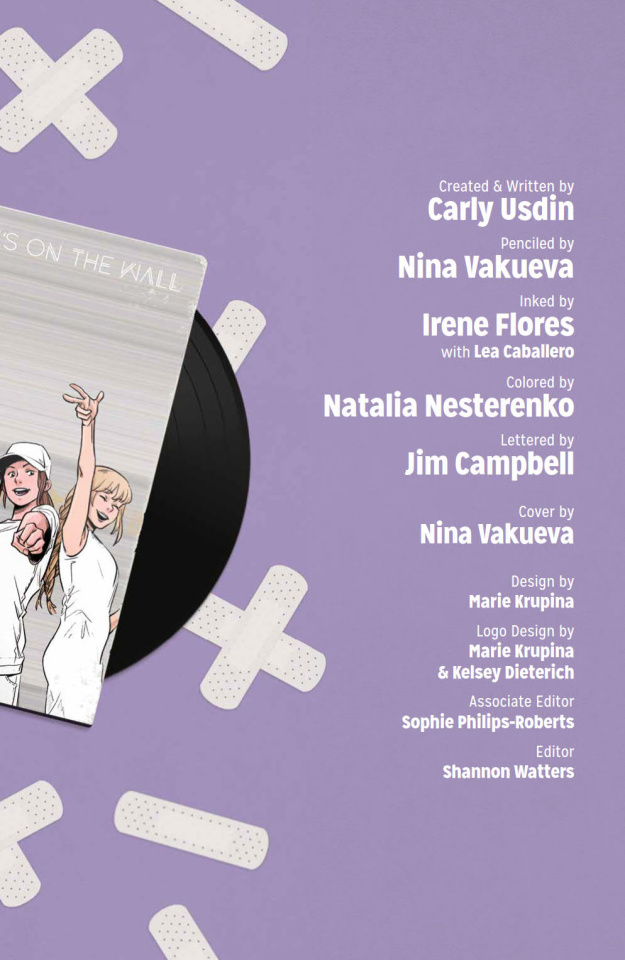 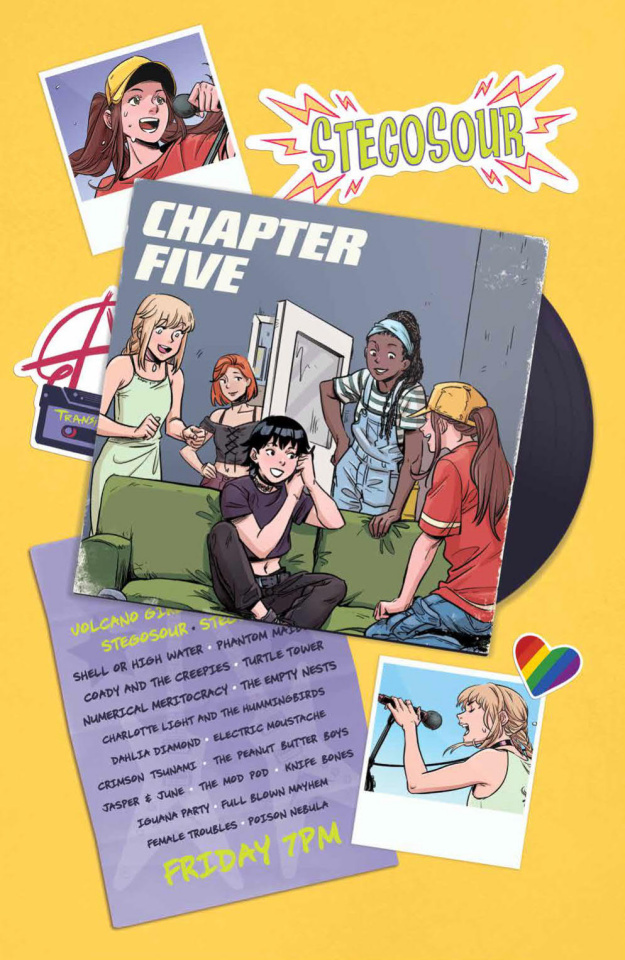 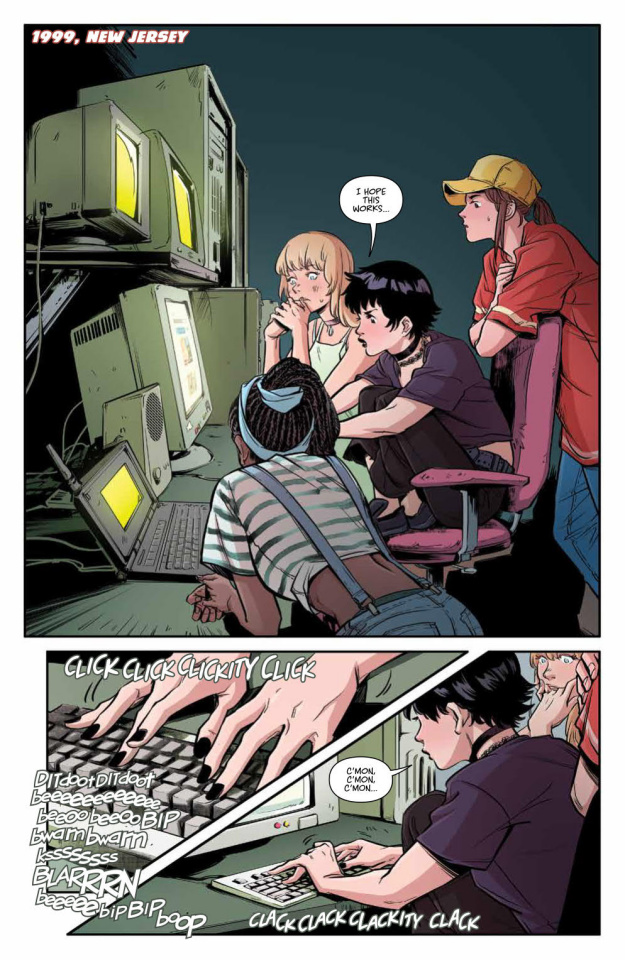 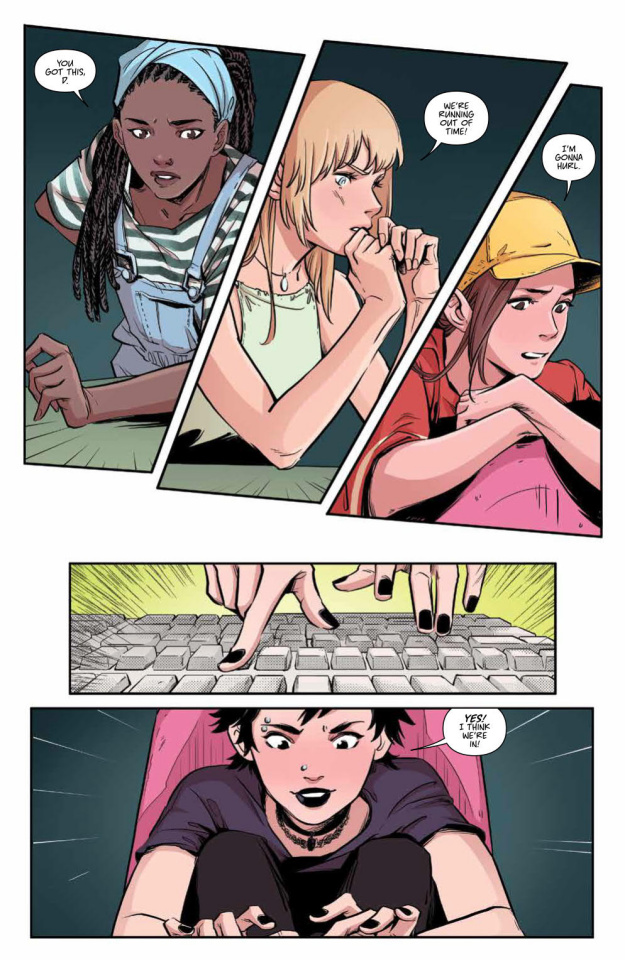 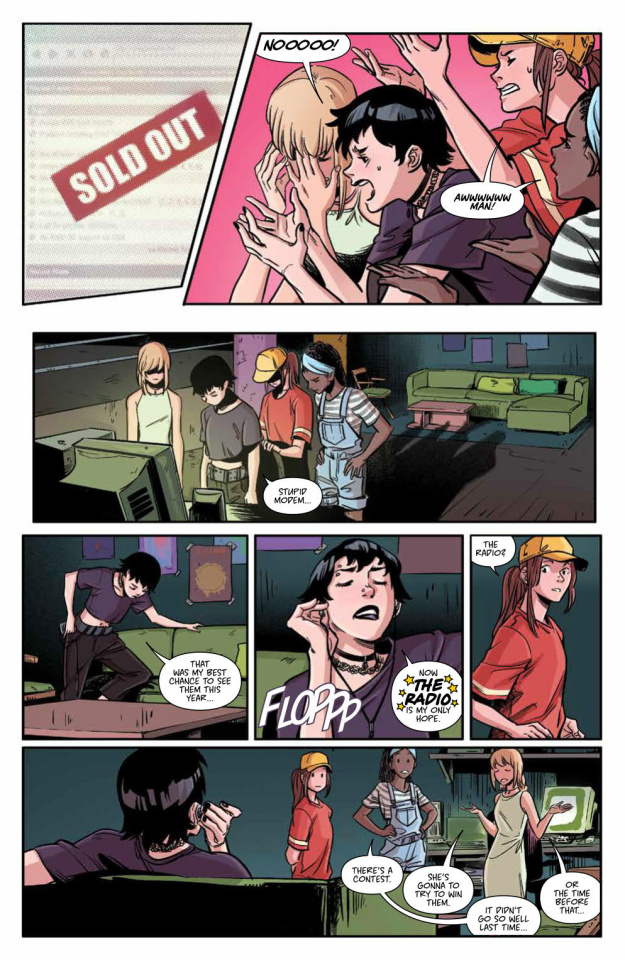 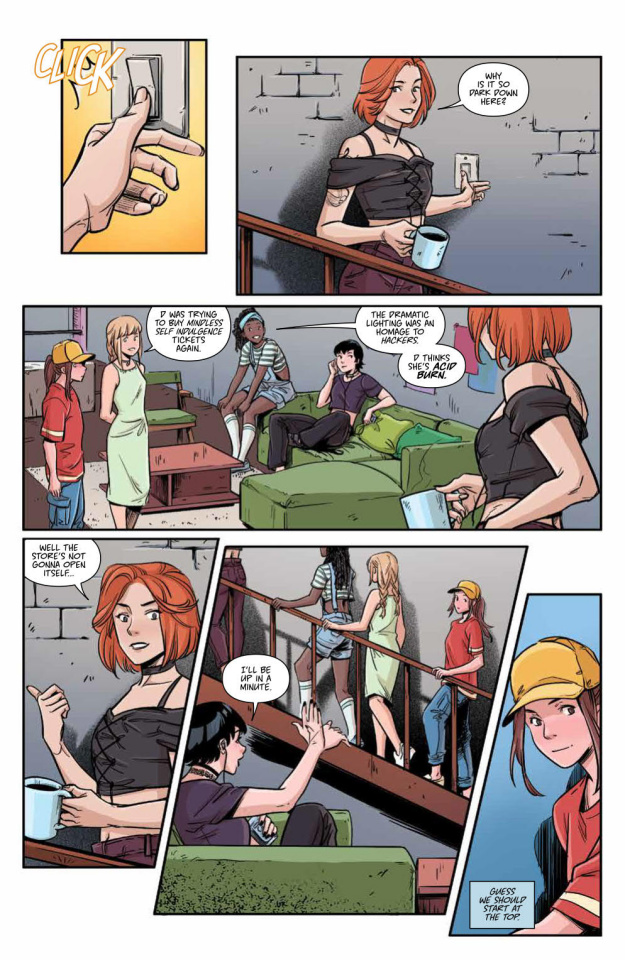 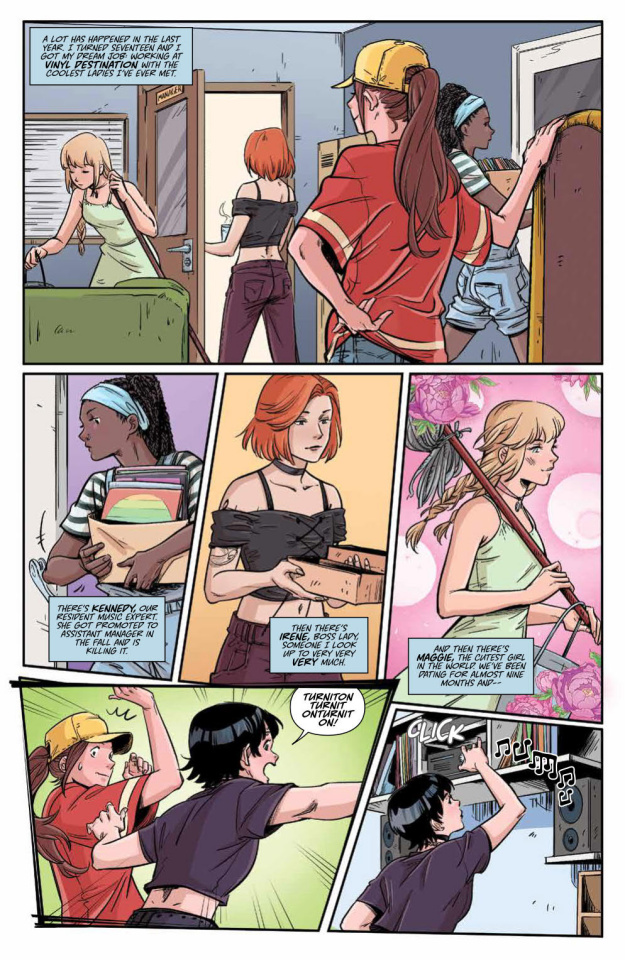 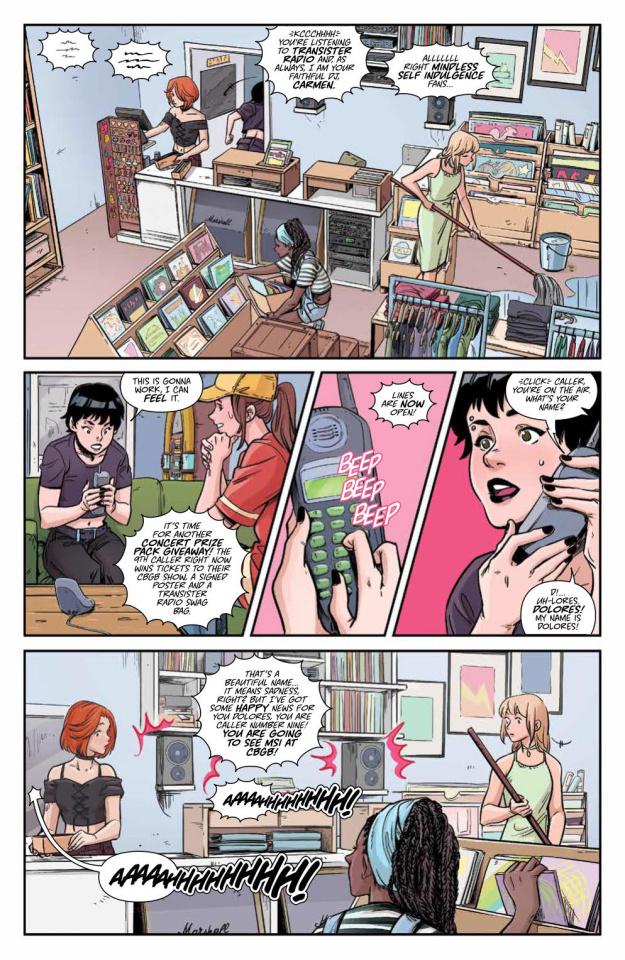 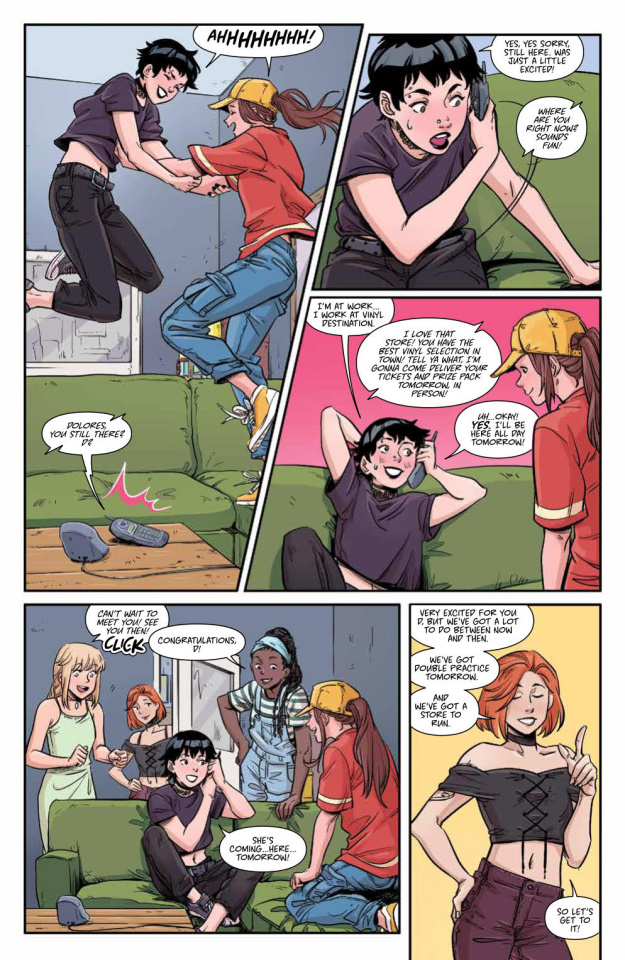 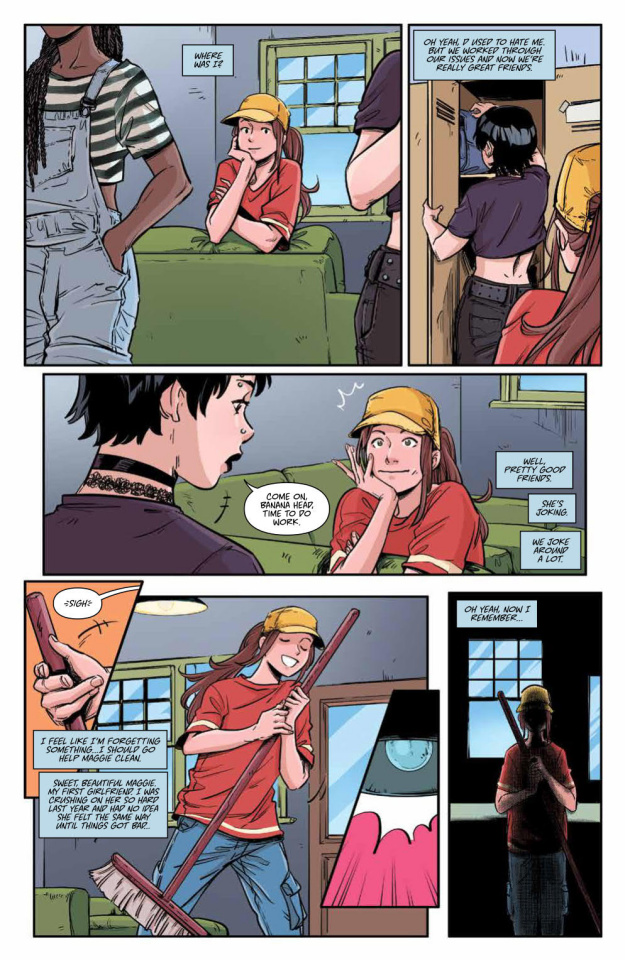 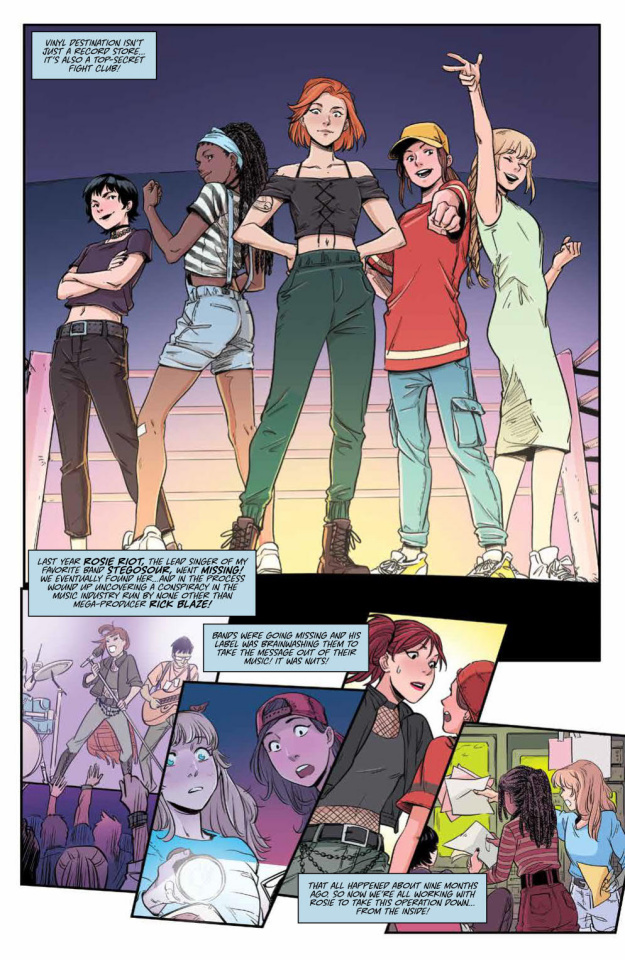 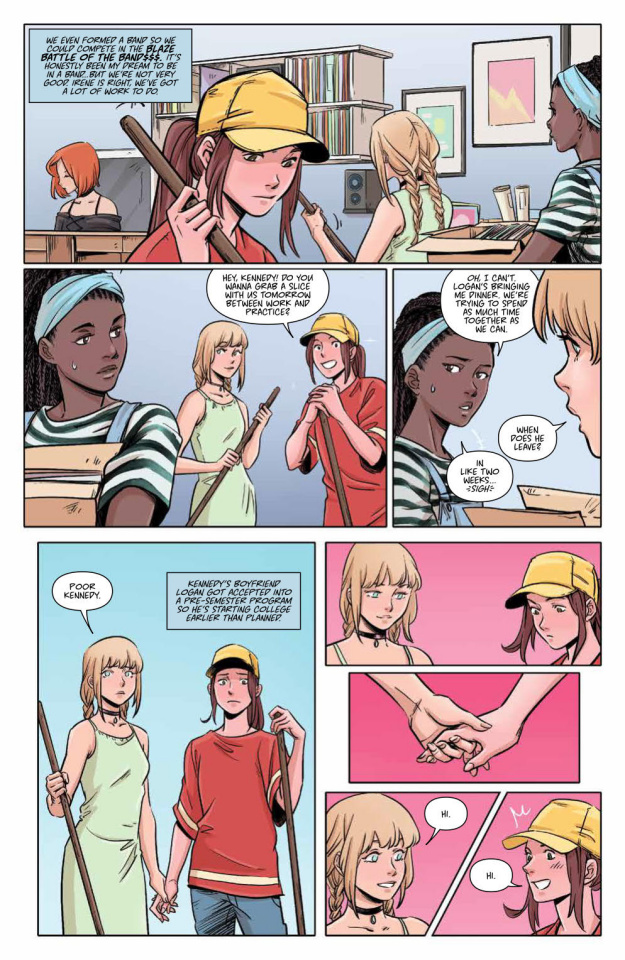 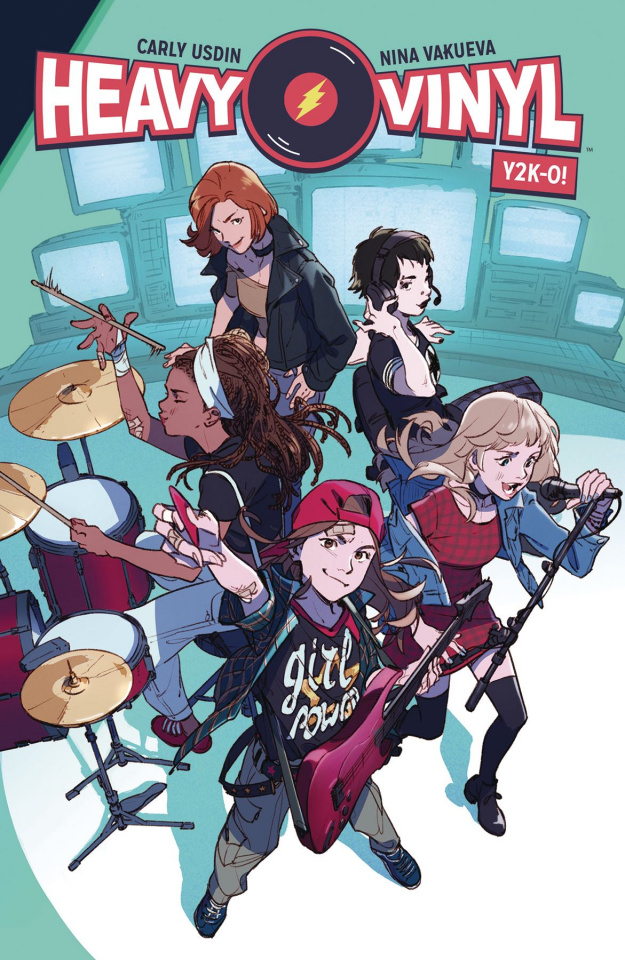