In the distant future, the efforts of the heroic Fantastic Four have led to a new golden age for mankind. The solar system has been colonized, lifespans have been increased, and humanity enjoys an unheard of state of personal comfort. However, personal tragedy at the hands of Dr. Doom has long since split the Fantastic Four asunder. Ben Grimm has moved to Mars to raise his family, Johnny Storm is one of the Avengers, Susan Storm is an archaeologist, and Reed Richards is an isolated scientist aboard a personal space station. Contact between the solar system and extraterrestrials has been curtailed by treaty, but now an alliance of dissident aliens and old foes of the Fantastic Four has sparked the beginnings of an all-out invasion. The Fantastic Four must once again become a family to save the human race! 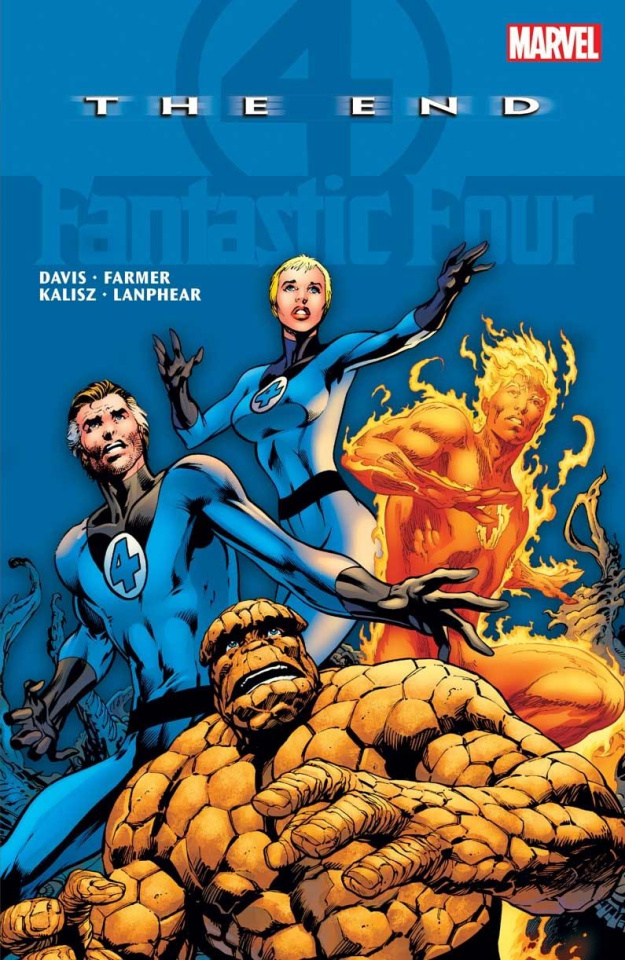