Jason Aaron's acclaimed GHOST RIDER run reaches its fever-pitch conclusion - and heaven will burn. There's not just one Rider anymore! Danny Ketch, the 1990s Ghost Rider, is reborn - but darker than ever before. Where did it all go wrong? The Caretaker leads a special tour of the long and sordid history of the Spirit of Vengeance - and it has many more chapters than you might think! As secrets are revealed, Johnny Blaze heads to Japan. Renegade angel Zadkiel is out to thwart prophecy by assassinating a young boy bred by satanists to rule the world. So if Blaze and Ketch are going to save all of creation, first they'll have to...save the Antichrist?! Prepare for a furious race to the finish line! 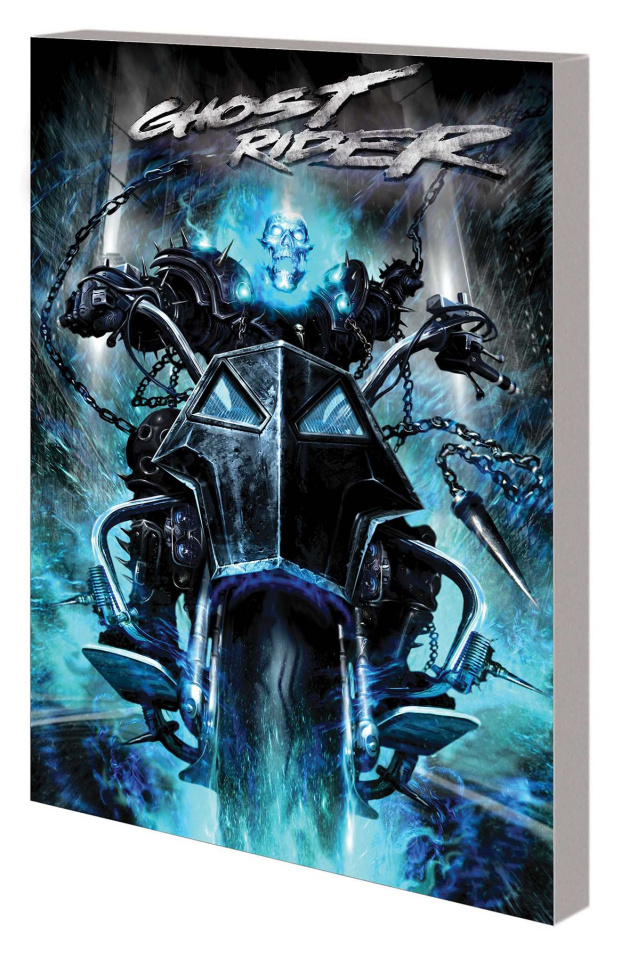