Taskmaster: Anything You Can Do...

He's the skull-faced villain who can copy any action he sees - whether it's Spider-Man's agility, Daredevil's fighting moves or Captain America's skills with a shield! That makes Taskmaster more than a match for anyone - even the Avengers! And to make matters worse, Taskmaster runs a training school for villainous henchmen! With the sweetest moves around and an army of thugs eager for extra credit, watch as Taskmaster clashes with a who's who of the Marvel Universe - including Spidey, Cap, Daredevil, Iron Man, Falcon, Hawkeye, Ant-Man, the Thing and Deadpool! Can any of them take him to task? 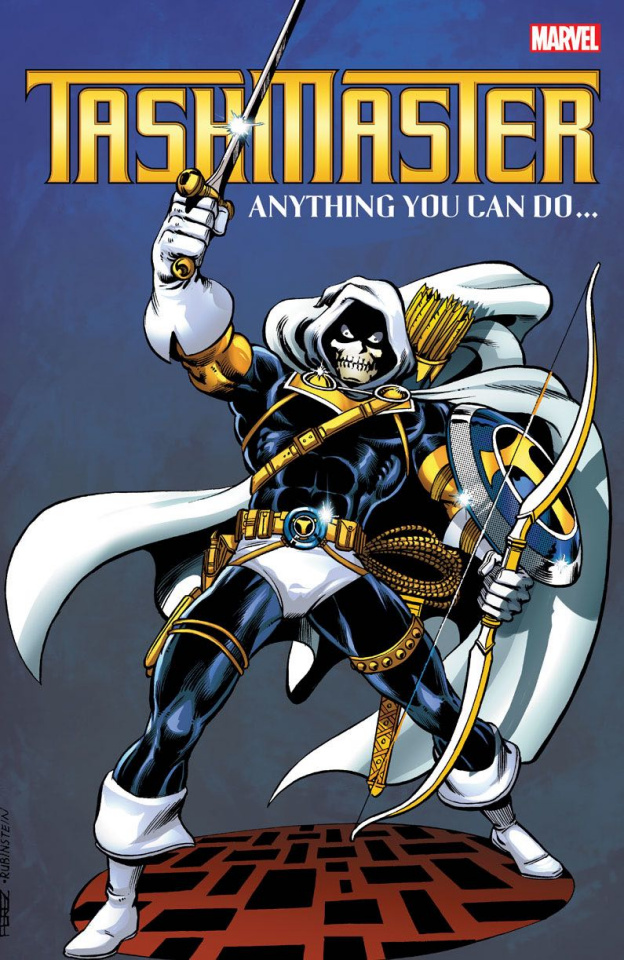