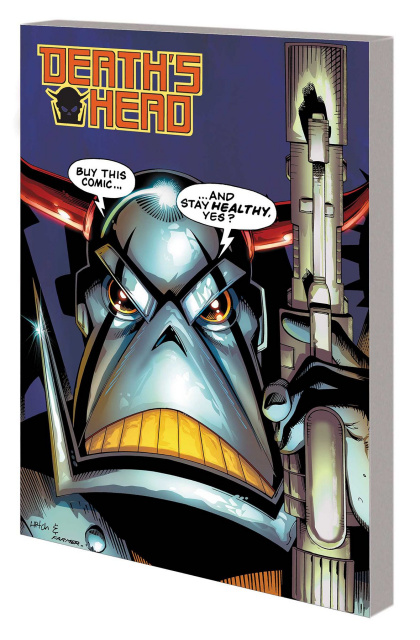 Meet one of Marvel UK's biggest stars - the robot for hire known as Death's Head! Just don't call him a bounty hunter, yes? Join the android assassin in this pulse-pounding collection of his original adventures, from distant dimensions to the far future. Death's Head has his sights locked on an array of enemies - and will encounter familiar faces, including the Fantastic Four, the Hulk, She-Hulk and Arno Stark, the ruthless Iron Man of the future! But are you ready for Death's Head's mind-bending origin? For that matter, is he?! Buy this book and stay healthy, yes?