A new story continuing the saga of the web-slinger from the smash-hit video game! How and why did Peter Parker build the armored Velocity Suit seen in Marvel's Spider-Man? Find out here! After the shocking events that turned his life upside down, Spider-Man continues to balance his colliding worlds as he attempts to protect New York City against super villains like Swarm - while reporter Mary Jane Watson delves deep into an investigation with legendary Daily Bugle journalist Ben Urich! As unexplainable occurrences bedevil the city, our heroes come face-to-face with...a poltergeist?! But will teaming up to solve the mystery strengthen Peter and MJ's relationship - or doom it? Plus: The secrets of the fan-favorite suit are revealed! 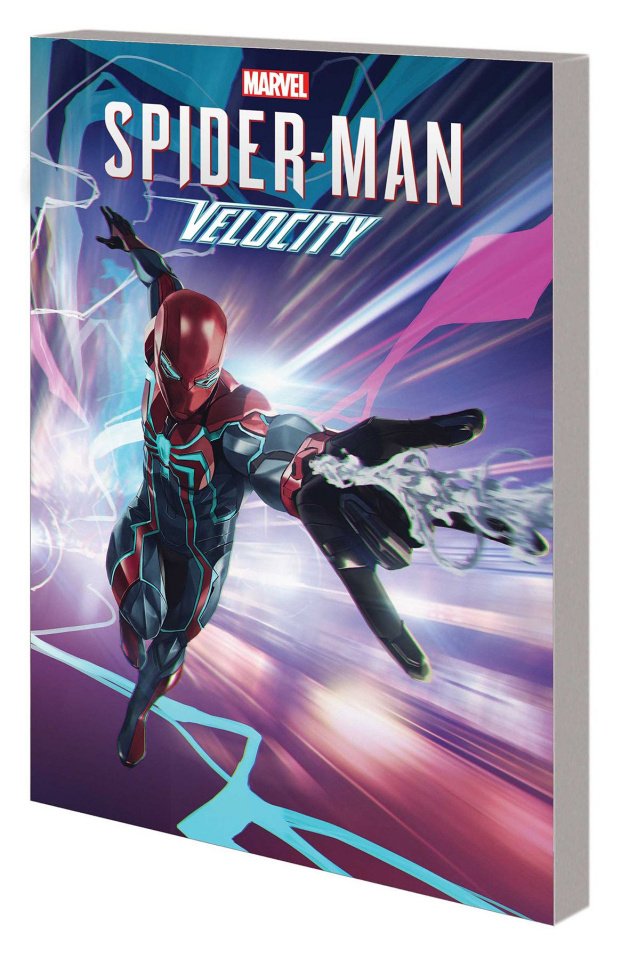