Eddie Brock has his hands more than full! With the serial killer symbiote Carnage on the loose, Venom must protect his son, Dylan, at all costs! But Venom and Carnage aren't the only two symbiotes around - and that only means that the bodies are piling higher than ever before! As all hell breaks loose and Carnage's army swarms the streets of New York, what will happen when even more of Venom's twisted offspring make their presence known?! And as if things weren't bad enough, it turns out there's much more to Dylan than Venom, Carnage or even the alternate-reality Reed Richards known as the Maker understand - and once they learn the truth about Eddie Brock's son, nothing will ever be the same! 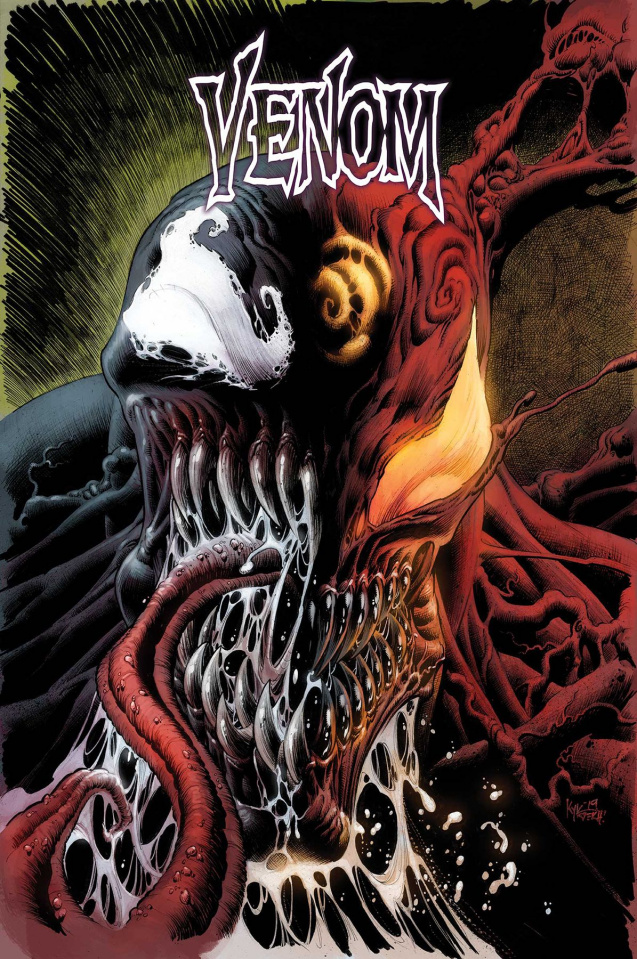