Clara speaks. The finale issue of "The Rat" story arc-set in the classic Golden Age of Hollywood-and the newest installment in the popular mythic fantasy series. "The Rat" is the midway point in the PRETTY DEADLY series, with upcoming volumes including the fourth story arc, "The Butterfly," which will look backward to reveal Alice's origins, and the fifth story arc, which will push the series to its conclusion in the Great Depression. 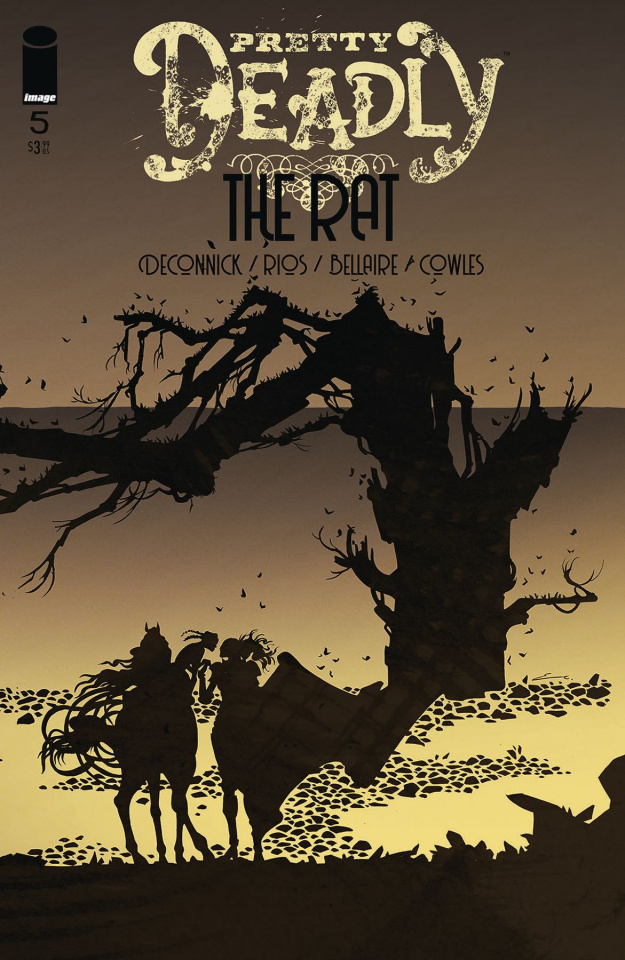