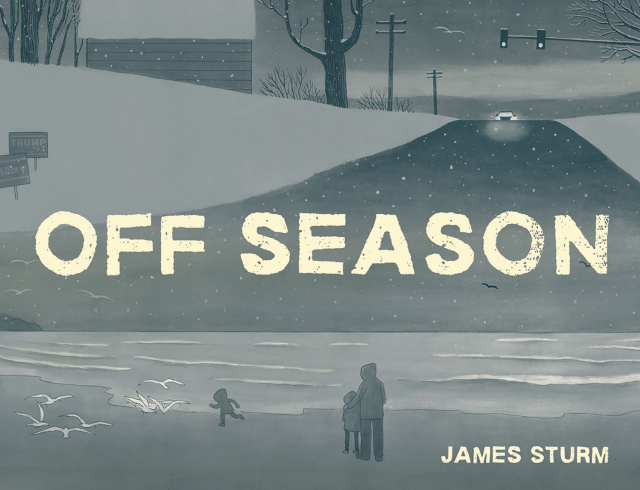 James Sturm's riveting graphic novel charts one couple's divisive separation through the fall of 2016, during Bernie's loss to Hillary, Hillary's loss to Trump, and the disorienting months that followed. We see a father navigating life as a single parent and coping with the disintegration of a life-defining relationship. Amid the upheaval are tender moments with his kids-a sleeping child being carried in from the car, Christmas morning anticipation, a late-night cookie after a temper tantrum-and fallible humans drenched in palpable feelings of grief, rage, loss, and overwhelming love. Off Season is unaffected and raw, steeped in the specificity of its time while speaking to a larger cultural moment.