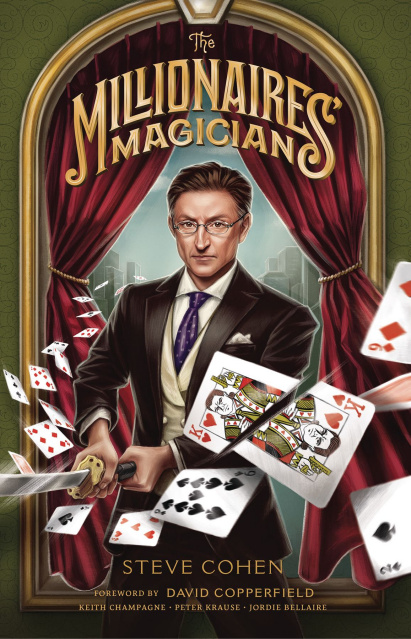 Following Steve Cohen's sensational career comes The Millionaires' Magician, a not-quite-biographical graphic novel retelling of Cohen's life and rise to fame. Steve finds his very life swept up in a dark scandal when he discovers a powerful businessman's dooming secret and must "disappear" to avoid a deadly fate. He spends years hiding in Japan and training in martial arts before returning to New York to save the businessman's innocent victims and exact his revenge. Using the skills of a magician, Steve devises a methodical plan to take down the criminal mastermind... from the inside.