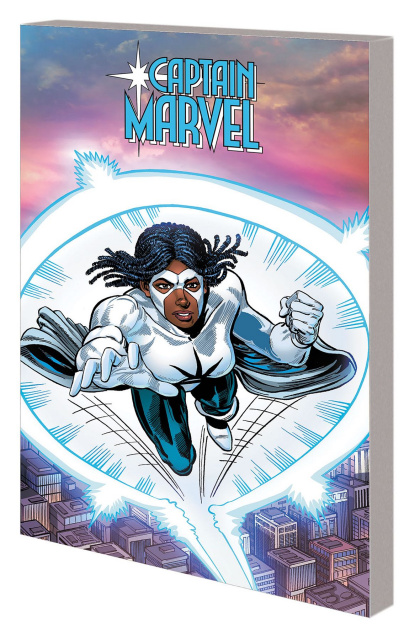 Before Carol Danvers took the name Captain Marvel, the mantle was held by Monica Rambeau! A police lieutenant with the remarkable power to transform into energy, Monica began as a reluctant super hero - but soon rose through the ranks to become field leader of the mighty Avengers! Now, witness Monica's debut; her earliest encounters with Spider-Man and the Avengers; and an interdimensional team-up with Thanos' brother, Starfox! Monica clashes with Powderkeg and the Sons of the Serpent in little-seen solo tales - but what prompts her to give up the name of Captain Marvel and evolve into the next phase of her heroic career?