The Savage She-Hulk is back in a second Marvel Masterworks edition, concluding her original series! Conflict rages not just between She-Hulk and the many super-powered enemies we have in store, but also between Jennifer Walters and She-Hulk! Our heroine's two halves are in a battle for control as She-Hulk fights transforming back into Jen Walters, while Jen risks losing herself to the She-Hulk's power. And each persona has her own romantic interest - it ain't easy being green! It all leads to a new status quo that will carry the She-Hulk into the decades of success ahead. Topping it off is a TWO-IN-ONE adventure starring She-Hulk and the Thing by Shulkie scribe David Anthony Kraft that tilts the green gal-iath toward her future comedic exploits! 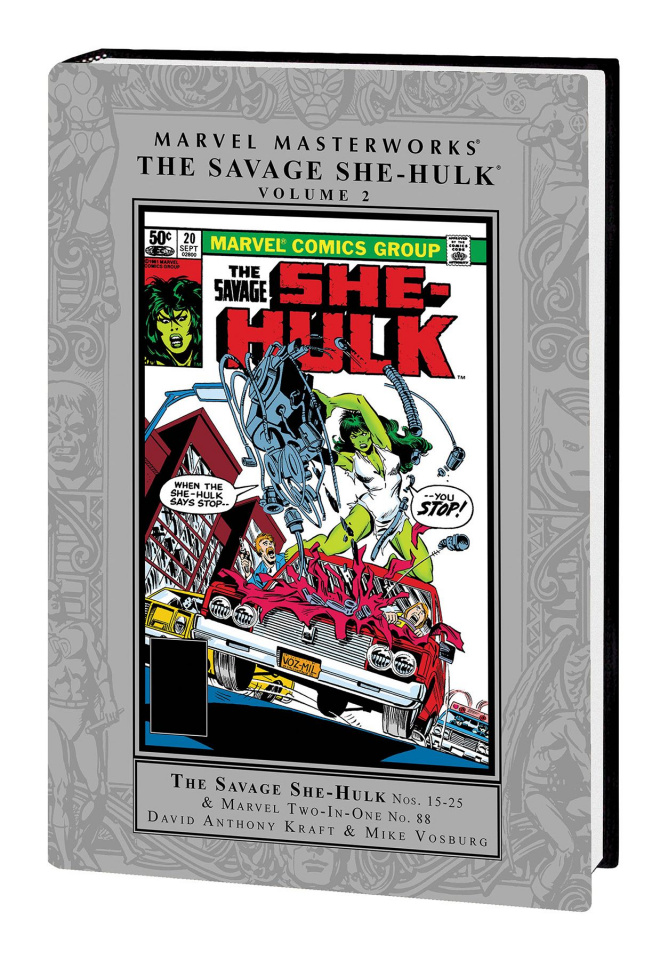