Celebrate 30 years of Evil Dead 2 with this special Anniversary Edition of Evil Dead 2: Beyond Dead by Dawn! Demonic Hordes! Possessed Parents! Severed Hands! The complete "sequel before the other sequel" collected in one handy Necronomicon-sized package. Evil Dead 2: Beyond Dead by Dawn Volume 1 collects the complete first mini-series, including the super rare 6-page prequel to the sequel before the other sequel. Picking up where the Sam Raimi and Bruce Campbell movie left off, Annie and Ash are trapped in Hell, fighting their way through a demon horde to rescue her parents, using only the Ex-Mortis and the Kandarian dagger. Is it enough? Or will they kick Ash? 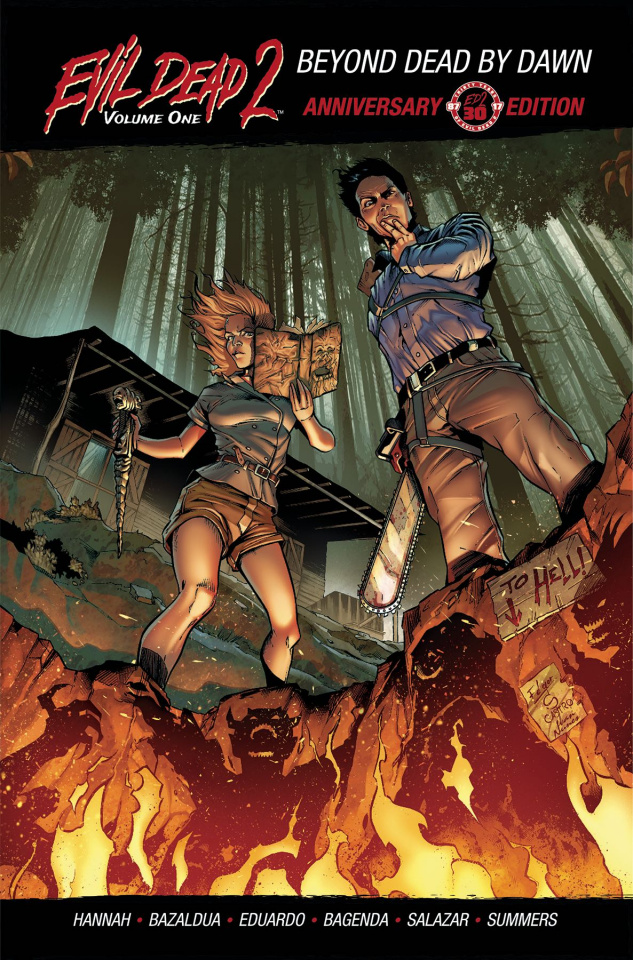