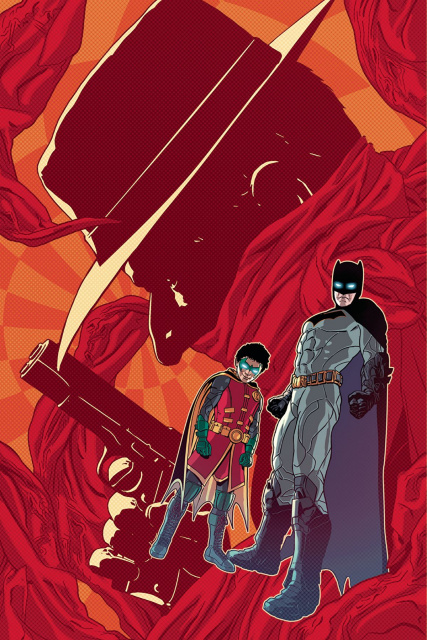 The veins of the Silent Seven have bore their way into the very heart of modern society. Their every move can be hidden, and there is no move that can be made in secret from them. And that includes Batman and the Shadow. When one of the Seven invades Wayne Manor, a horrifying revelation casts Batman's entire mission in doubt. The only one that can save him? The Shadow. But can the Master of Men liberate both Wayne Manor and the Dark Knight's mind without losing his own?