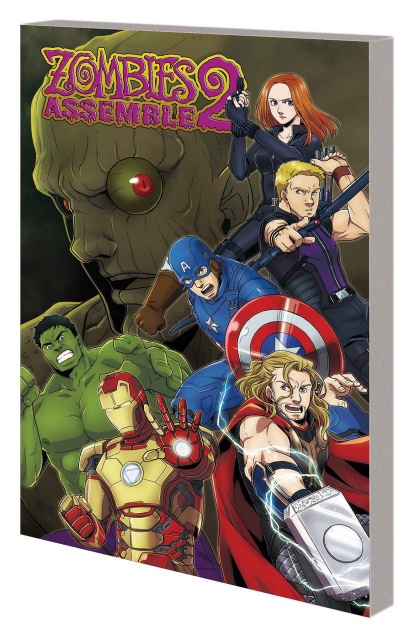 The Avengers face a threat even bigger and more menacing than they could have imagined as the stakes are raised in the race to cure the zombie outbreak! Caught in a massive explosion, Captain America, Hawkeye and Iron Man wake up in the midst of a city overrun by zombies. Miraculously, they find they haven't been turned, though they come face-to-face with Jasper Scott - a mysterious scientist who claims to have a cure for the virus. But who is he really, and does he actually possess the antivirus Bruce Banner has been struggling to create? More important: Is the Hulk immune to the zombie plague? Marvel's English-language adaptation of the original blockbuster manga series rolls on! Collecting ZOMBIES ASSEMBLE 2 #1-4.

Printed in black-and-white in the original right-to-left reading orientation.