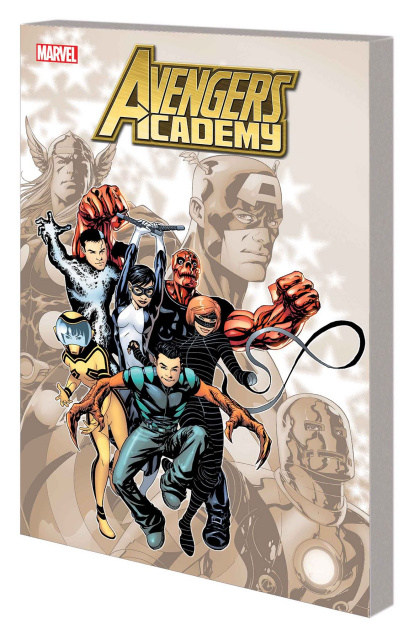 Norman Osborn subjected six superhuman teenagers - Veil, Finesse, Mettle, Hazmat, Reptil and Striker - to torturous training to mold them in his image. Now, they've been rescued by Hank Pym and his fellow instructors - Tigra, Justice, Speedball and Quicksilver - and enrolled into Avengers Academy! They've been told that they're the most promising heroes of the new generation - but the shocking truth is that they may be the most deadly future threats to the Marvel Universe! Now, it's up to each of the Academy students to decide whether they will join the ranks of Earth's Mightiest - or become the villains of tomorrow. So how will they react when they meet the scared-straight Thunderbolts, or face foes including the Hood, Taskmaster and Korvac?