A new Iron Age begins! From the violent streets of Chicago, an armored hero rises! Clad in her very own Iron Man suit, Riri Williams is ready to show the world what she can do as the self-made hero of tomorrow. Her technology just might change the world forever...if she survives long enough! But is she ready for all the problems that come with stepping into Iron Man's jet boots? Problems like her first big Marvel villain. And the other guy currently running around as shell-head. And the laundry list Tony Stark left of criminals looking to destroy his legacy. Oh, and all the super-teams out to recruit her! As Riri's adventures go viral, it's time to claim an alter ego of her own - welcome to the Marvel Universe, Ironheart! 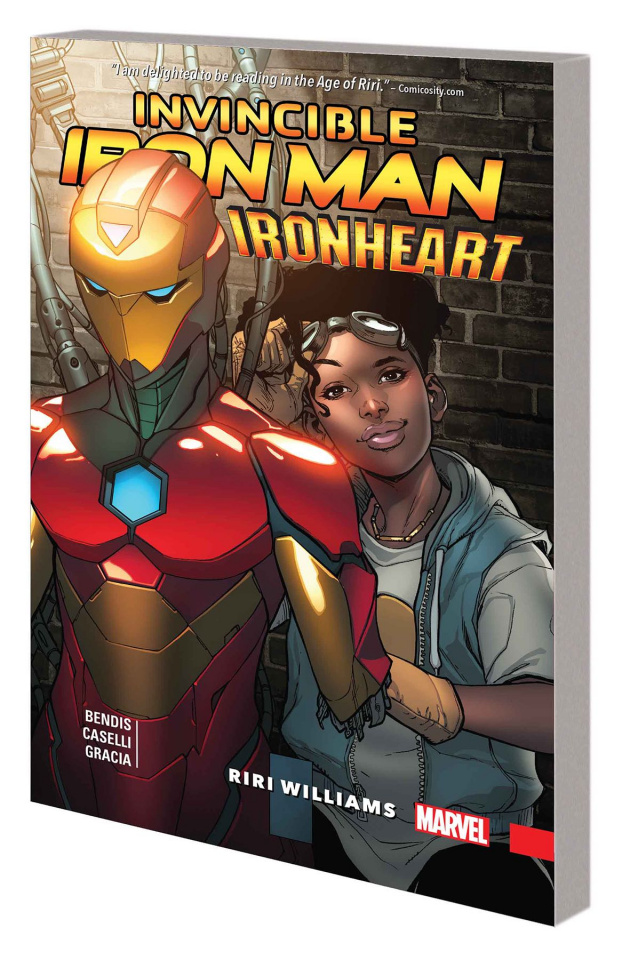