A king in training. A brother destined for madness. Journey back in time with superstar writer Christopher Priest and witness the early days of the Boltagon legacy! When the king of the Inhumans is attacked, young Black Bolt and Maximus spring into action to save their leader! But when Black Bolt loses control, what are the consequences for his future kingdom - and his own family? It's a pivotal moment in the lives of Black Bolt and Maximus - and a turning point for the entire Inhuman race! But what role does genius super villain Bentley Wittman, A.K.A. the Wizard, play? Or the deadly assassin...Spider-Man?! With their home in danger, the Royals must meet their destinies! Plus: The teleporting dog has his day as Lockjaw leaps into his own uncanny adventures!

Collecting INHUMANS: ONCE AND FUTURE KINGS #1-5. 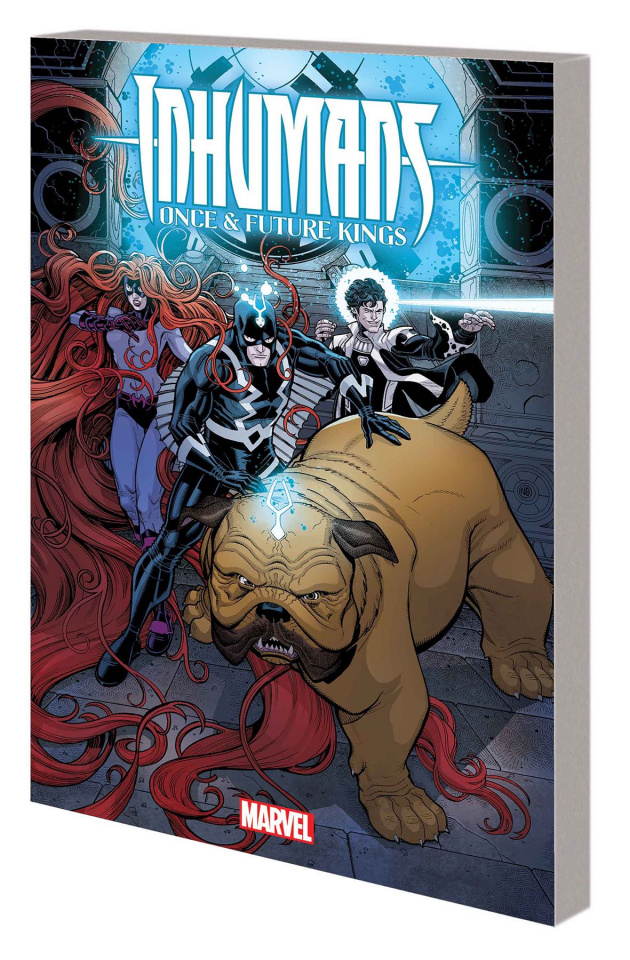