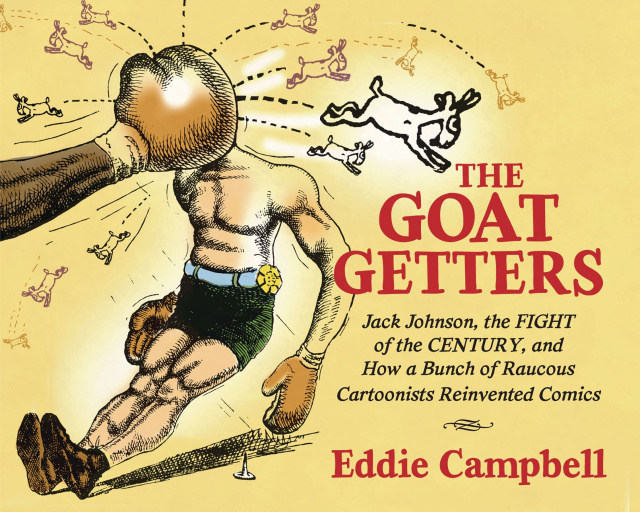 With more than 500 period cartoons, The Goat Getters illustrates how comics were developed by such luminaries as Rube Goldberg, Tad Dorgan, and George Herriman in the sports and lurid crime pages of the daily newspaper. This wild bunch of West Coast-based cartoonists established the dynamic anatomy and bold, tough style that continue to influence comics today, as well as their own goofy slang that enriched the popular lexicon.

The Goats Getters also captures early twentieth century-history through the lens of the newspaper comics: the landmark 1910 boxing match in Reno, Nevada between Jim Jeffries, the "Great White Hope," and Jack Johnson, the first African-American heavyweight champion; the nationwide race riots that followed; the San Francisco graft trials that culminated in the shooting of the Federal Prosecutor; and the trial of Harry Thaw for the murder of architect Stanford White, a crime of passion that centered on Thaw's wife, show-girl Evelyn Nesbitt Thaw-all were venerated or vilified by Nell Brinkley, Jimmy Swinnerton, and their fellow directors of the ink and newsprint stage.