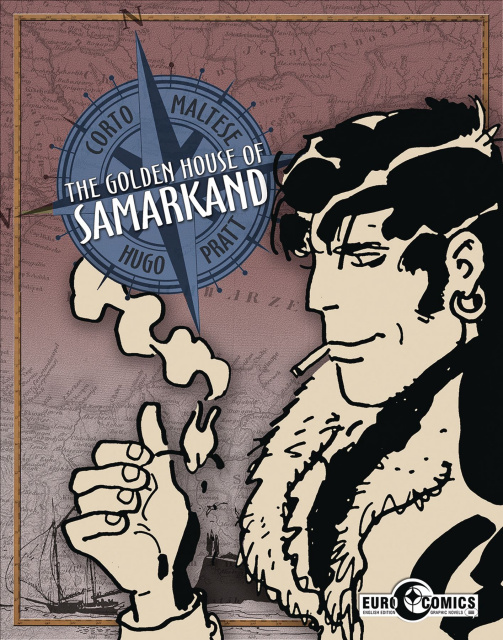 Corto Maltese sets out on another globetrotting adventure after the discovery of a Byron manuscript in a mosque on the Isle of Rhodes. Set in the years 1921-22, the action soon shifts to Turkey, Azerbaijan, and the Caspian Sea, following the footsteps of the legendary Silk Road, as Corto Maltese searches for the fabled treasure of Alexander the Great. A parade of fascinating characters are introduced, including the Whirling Dervishes, Joseph Stalin (with whom Corto is on a first-name basis), the Hashinin sect of assassins, the Turkish general Enver Pasha, and the return of Venexiana Stevenson and Rasputin (who has just escaped from the dreaded prison known as "The Golden House of Samarkand.")