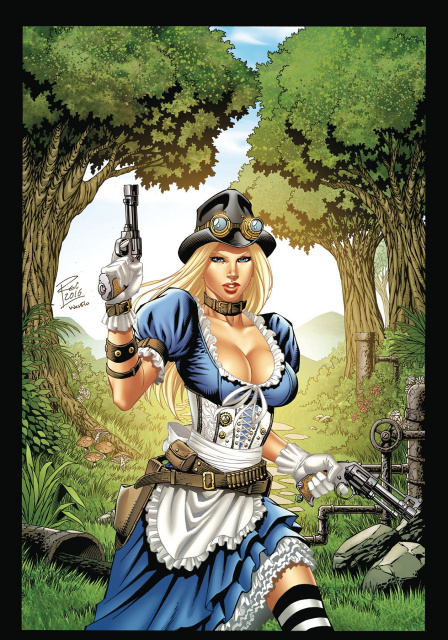 Get your hands on the new Steampunk Alice in Wonderland One-Shot Limited Edition Coloring Book! The Wonderland ongoing series may have ended but that isn't the end of Alice. An alternate dimension is emerging in the Grimm Universe and what better place to explore it could there be than by going through the looking glass. This new Alice in Wonderland tale expands on the story that began in the Grimm Fairy Tales Steampunk Mini-series. Show off your artistic skills like never before as you see your own artwork in a published comic book! Supplies limited to only 1,000 copies!