Before Fredric Wertham and The Seduction of the Innocent (SOTI), before before the infamous Comics Code, the comic book racks at local drug stores and newsstands boasted a plethora of delights highlighted by the good girl adventures of the comic book version of Brenda Starr. These four-color wonders displayed all the finer things loved by comic book buyers: good girls, bondage, a little torture, and other delectable things, which adults thought would corrupt the morals of young and impressionable readers. Now, for the first time in over 50-years, comics fans can read and own these rare comics from another era, digitally restored to perfection and presented in an archival hardcover. This volume presents the remaining four Brenda Starr Pre-Code books, issues #9-12, and the very mod and 1960's version of Brenda drawn and scripted by Dale Messick. 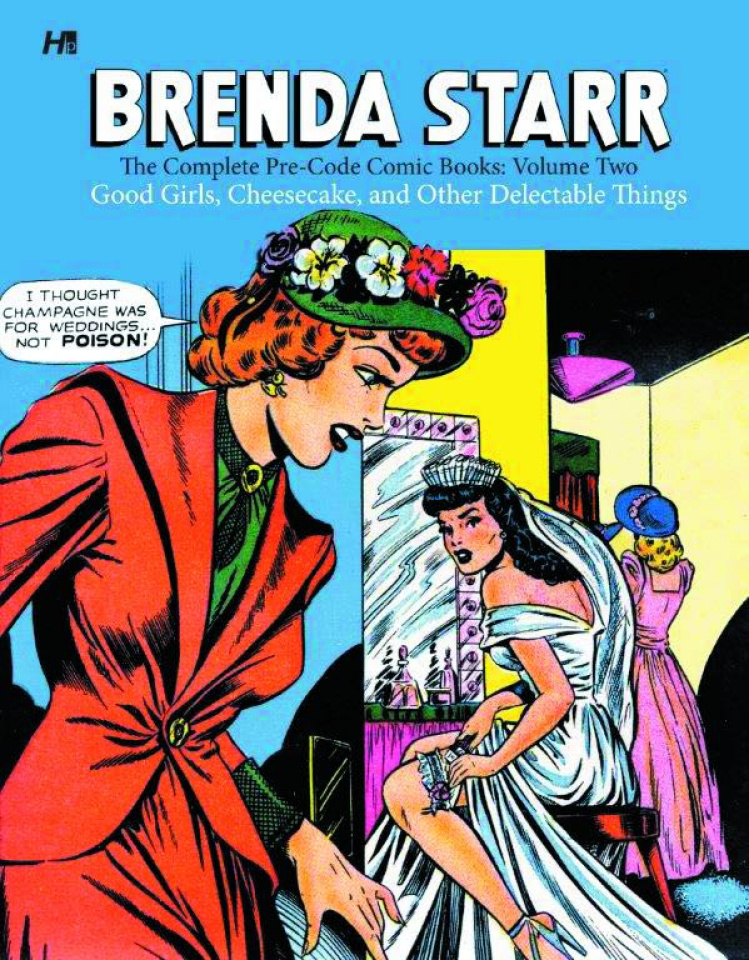