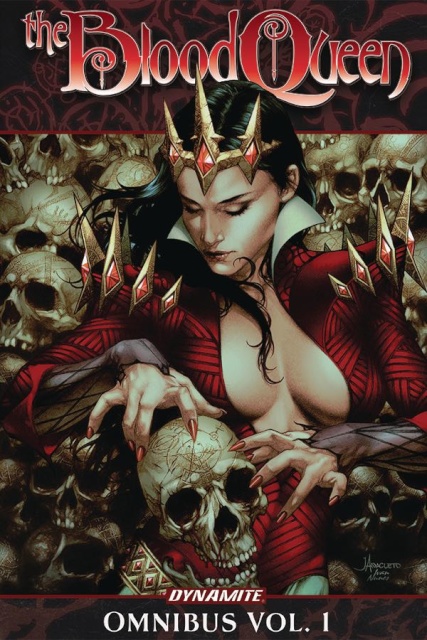 The reign of blood begins! Dynamite Entertainment proudly presents the complete saga of the Blood Queen, a dark fantasy reimagining of the infamous historical figure, Countess Elizabeth Bathory. When the king's daughter suffers from a terrible and mysterious malady, Elizabeth -- a young woman of untold power -- is summoned to cure the ailment. Thus begins a journey that will uncover secrets, reveal forbidden desires, and stoke the fires of war! When the smoke clears, one woman may rise to power, ruling through fear and blood sacrifice... but power may prove fleeting, as the Prince of Darkness himself, Dracula, sets his fearsome gaze on her sinister beauty! Collects Blood Queen #1-6, the complete four-issue Blood Queen vs. Dracula series, and the Blood Queen 2014 Annual.