WHAT'S TO LOVE: Just in time for the 25th anniversary of Bill & Ted's Bogus Journey, we're returning readers to one of our favorite-and most excellent-cult-classic properties with a new Bill & Ted adventure of epic proportions. Brian Lynch (Minions screenwriter, Angel: After the Fall) and Jerry Gaylord (Fanboys vs. Zombies) bring you all the silly humor and likable characters mixed with some cool historical science fiction you love!

WHAT IT IS: After winning the Battle of the Bands, Bill & Ted's destiny is now in full swing. As the world waits for the Wyld Stallyns to unite the world with their music, Bill & Ted have to figure out how to live up to such expectations. They've only written one song! Going on an adventure spanning all time and worlds, Bill & Ted will have to find their muse in a young Chuck De Nomolos-Wyld Stallyns' biggest critic, and the very same villain who grows up and kills them in his future. Can they "Rufus" this young villain, or is fate truly set in stone? Collects the complete four-issue mini-series and features an Introduction written by Alex Winter, who played Bill in the films! 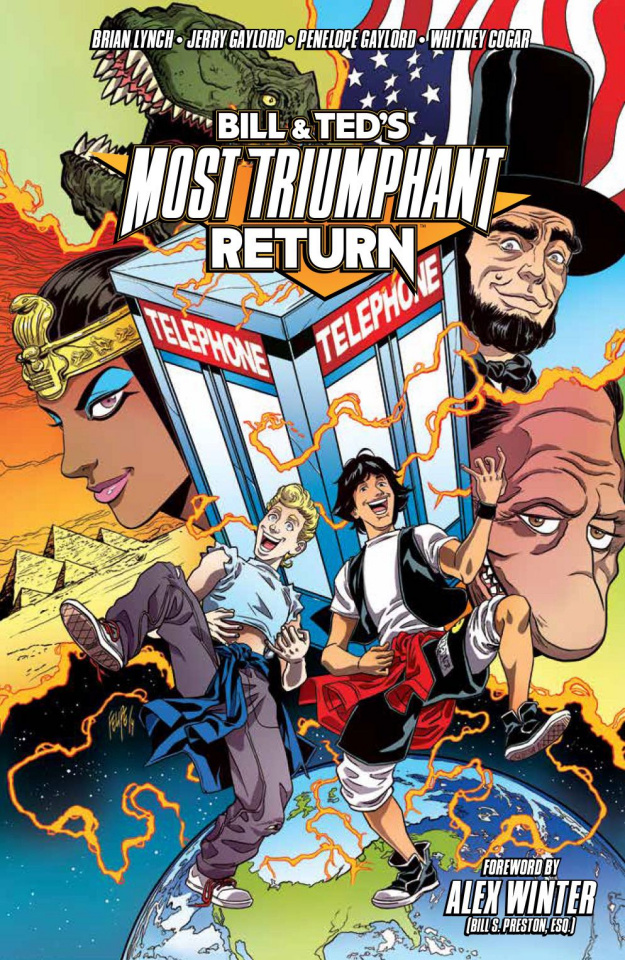