The pirate plundering reaches its peak in "Case of the Pirate Princess," Finale. The Chaotix Detective Agency's deep cover in the pirates' ranks may be too deep to escape! In the heart of a long-lost temple, Cpt. Shellbreaker stands poised to find an ancient power. Can the Chaotix finally rescue Princess Undina? Can they rescue themselves? Or will the Chaotix turning pirates be their saving grace? It all comes to a head in this frantic finale! Featuring cover art and an "Excitement Under the Sea" variant by Mr. Sonic comics, Tracy Yardley! 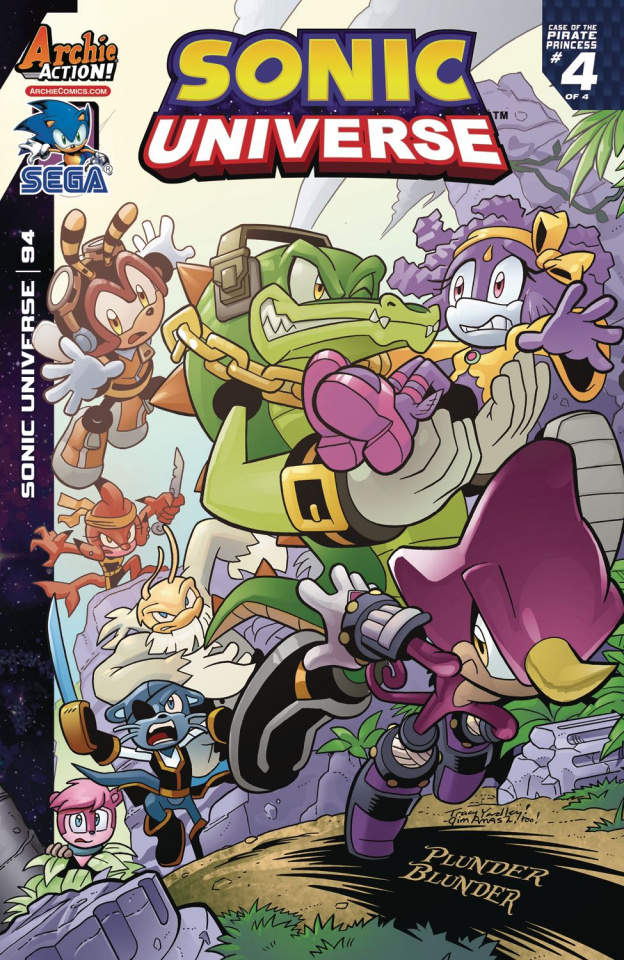