Calvin and Hobbes is unquestionably one of the most popular comic strips of all time. The imaginative world of a boy and his real-only-to-him tiger was first syndicated in 1985 and appeared in more than 2,400 newspapers when Bill Watterson retired on January 1, 1996. Composed of three hardcover, four-color volumes in a sturdy slipcase, this New York Times-bestselling edition includes all Calvin and Hobbes cartoons that ever appeared in syndication. This is the treasure that all Calvin and Hobbes fans seek. The softcover edition reprints the run in four volumes; the hardcover edition reprints the strip in three. 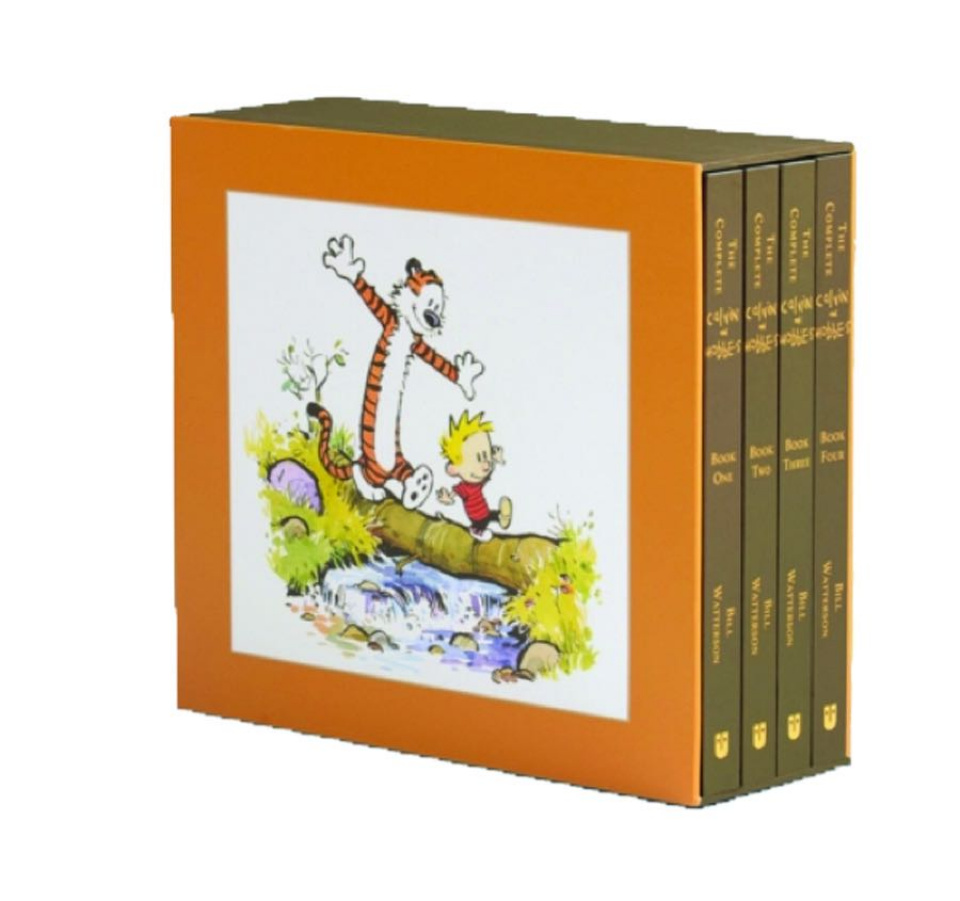