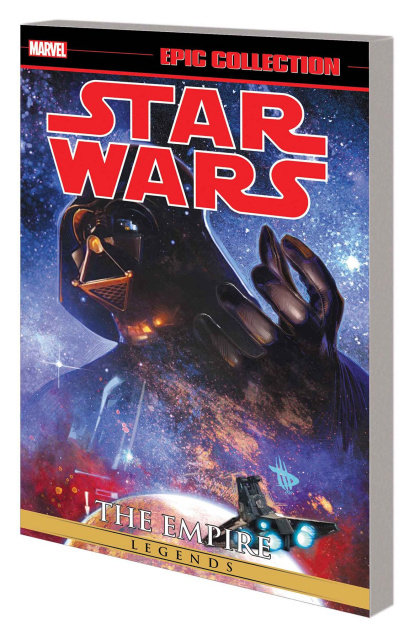 Dark times for the galaxy! But will the Empire's rise be forestalled when Emperor Palpatine is left at death's door? Or will Darth Vader find a way to save him in the ominous Ghost Prison? As the Dark Lord takes a killer under his wing, it could be grave news for a group of Jedi youths - but when Master Dass Jennir reunites with the Uhumele's ragtag crew, Vader himself will be the target! But the Empire's enforcer does not go down easily - just ask the eight assassins who try and fail. The man who hired them will risk everything on the ninth. Collecting STAR WARS: DARTH VADER AND THE GHOST PRISON #1-5, STAR WARS: DARK TIMES - FIRE CARRIER #1-5, STAR WARS: DARK TIMES - A SPARK REMAINS #1-5 and STAR WARS: DARTH VADER AND THE NINTH ASSASSIN #1-5.